In the Money, Federal Reserve, World Banks Foreclosed On 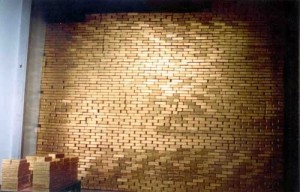 What does this mean exactly? Well that is still up in the air. Could each human receive a giant lump sum of money? Will the money just go into a giant pool to which we can all borrow against it, ending Fiscal Cliff talks, and the failing economies world-wide? Here is the most likely outcome to this, nothing will happen. It will be covered up like everything else. I like to call it the Nikola Tesla effect. If you don’t know who Tesla is he invented the AC (alternation current) induction motor. In easier terms a never ending source of electricity, which doesn’t need to travel through wires.  Why haven’t you heard of him you ask? J.P. Morgan and Thomas Edison met with him and Tesla’s invention wouldn’t bring in the revenue Edison’s  ideas would. Again cash over mind won even over 100 years ago.

If we were to be given this large sum of money how would we react? Would we be foolish and spend it all on lavish houses and Lambo’s? Would we help with cancer research, AIDS research? Would we all decide to help the third world countries of this planet and bring them up to date? There is  a danger in people acquiring a large amount of money they don’t work for. They spend foolishly, and are broke again before they know it. Did you know 70% of all lottery winners squander away their winnings within a few years.

It will be interesting to see what happens in the coming weeks and months. Will this news hit mainstream media? Where will all this money go? How will people react to whatever decision is made on the money? Who will be the ones making the decisions on what goes on with the money? So, many questions, so much room for cover-up. Will the truth come out, or like so many other things will the governments and people in charge silence those that try to spread the truth? Yet, most importantly, what color Lambo are you getting, mine will be bright yellow.  By Steve Kish

In the Money, Federal Reserve, World Banks Foreclosed On added by albert777 on January 14, 2013
View all posts by albert777 →

65 Responses to "In the Money, Federal Reserve, World Banks Foreclosed On"