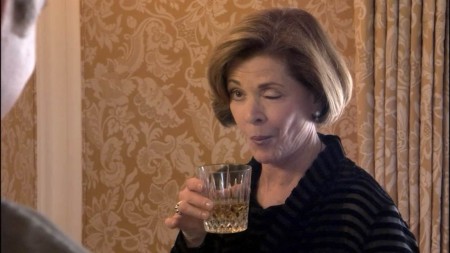 With all the hype about the “return” of Arrested Development and how eagerly everyone was to see it, the news that it bombed on the Netflix release is a bit puzzling.

The critical response to the anticipated return of the Fox networks look at the Bluth family after a three year hiatus has been a very mixed bag. But it seems that the overall feeling is at the very least one of disinterest.

It seems like Netflix decided to go the all or nothing route with the streaming of the show. Like other programs available on the streaming channel already. Shows like House of Cards and Hemlock Grove all have used this “instant” roll-out of every episode instead of the more traditional manner of presenting television programs.

Netflix believes that their viewers, subscribers in other words, want the chance to choose how they watch the shows. Given that show “binging” is now a pretty frequent viewer choice, it makes sense to launch all the episodes at once. So if you wanted to, you could overdose on the entire season at one go.

But the way that the “binge” viewing trend works is that folks who practice this eye wearying art of not stopping til they’ve reached the last set of credits for the entire season generally do this the same day that the program is released. Some folks will watch all the shows at one sitting later, but the way the company counts the success of their release is based on the “same day” formula.

And it looks like the idea for releasing all the episodes of Arrested Development bombed pretty much right out of the starting gate for Netflix. This is despite the aforementioned hype and the inclusion of original cast members like Justin Bateman, Michael Cera and the ever funny David Cross.

Some speculation has centered around the change in the show’s format, citing this as the reason for the “non-binging” of the show on the day of its release. But according to some, the “freedom” that Mitch Hurwitz had of playing with episode length and the idea of centring around one character per episode hasn’t, perhaps, set too well with some fans.

The other thing that seems to point to a problem in the already dysfunctional world of the Bluth’s, is that in this season it feels like it they are trying too hard. One critic of the show said that the show lacked its usual finesse and that they felt the show was hitting them over the head with an anvil.

But Arrested Development is one of those shows that the audience either loves or could care less about. That the program has leagues of fans is not in doubt or in question. But it looks like Netflix may have to redefine their definition of success.

Quite a number of folks did binge watch each and every episode when it became available on demand. A portion of them were critics who did so for the sake of their coverage of the show. But not everyone followed their lead.

Whether it is because this new trend of watching every episode of anything offered all at once has died down or out isn’t clear. It could just be that the long wait caused the audiences views to change or just maybe, they were too busy to watch the whole Bluth season in one go.

Either way, Netflix is under the impression that their release of all 15 episodes of Arrested Development was an idea that bombed upon release. They will most likely be keeping an eye on viewing figures to see if they go up as time goes by. They may not want to continue the all episodes at once plan if the figures don’t go up.