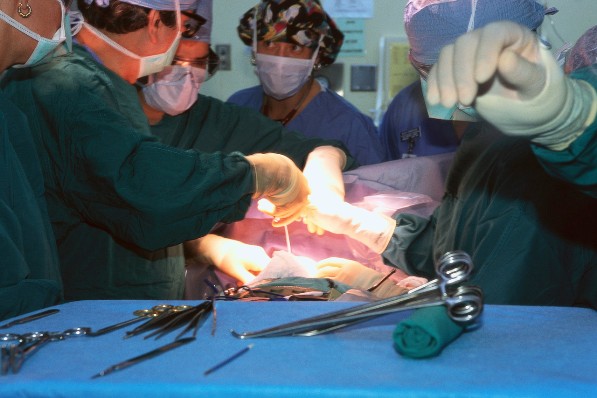 Organ transplants cellular memory is a premise which exemplifies that our brain is not the only organ that stores personality traits and memories because major organs may have self-contained brains.  This is not a new theory because imaginative writers have already written about this concept in the 17th century, which is long before organ transplants were even believed possible.

In our modern culture, cellular memory was first studied in heart transplant recipients when the patients displayed strange cravings, change in tastes, cravings and mild personality.  Major organs like the heart, liver, kidney, and even muscles are known to contain large populations of neural networks, which are self-contained brains and produce noticeable changes. Acquired combinatorial memories in organ transplants could enable transferred organs to respond to patterns familiar to the organ donors, and it may be triggered by emotional signals. Science discovered evidence that nervous system organs store memories and respond to places, events, and people recognized by their donors.

Gary Schwartz has documented the cases of 74 patients, 23 of whom were heart transplant recipients. Transfers of memories have not been reported in simpler transplants like corneas because they don’t contain large population of neurons. Dr. Andrew Armour a pioneer in neurocardiology suggests that the brain has two-way communication links with the “little brain in the heart.” The intelligence of neural brains in organs depends on memories stored in nerve cells.

Cellular memory in organ transplants patients proving that major organs have self-contained brains were recorded by scientists with the help of hospital systems that forbids a transplant recipient to communicate with the donor’s family. One of the few cases was with a Claire Sylvia, who changed her food preferences after she received her heart, and lung transplants in the 1970s from an eighteen-year old male donor. When she woke up, she claimed to have profound craving for chicken nuggets, beer, and green peppers, foods she didn’t enjoy before the surgery.

Some documented cases were even extreme and perplexing like the 47-year-old man who was a recipient of a 17-year-old black boy’s heart killed in a drive-by shooting. This boy has an intense fondness for classical music, and the patient claimed his new heart was responsible for the sudden onset of eating disorder, which was indicative of the previous heart owner who was a 14-year-old girl.

One of the most stunning examples was found in an eight-year-old girl who received a heart from a ten-year-old girl who was murdered. The organ donor recipient was perplexed with vivid nightmares about an attacker and a girl being murdered. The psychiatrist believed that her memories are genuine and due to the violent recurring dreams, the recipient could describe the events, and the murderer was later apprehended by the police.

Other common recorded quirks have been changes in temperament, attitude, vocabulary, philosophies, patience levels, and tastes in music and food. The most notable was published in Near-Death studies magazine in 2002 entitled “Changes in Heart Transplant Recipients That Parallel the Personalities of Their Donors.”

Personality changes that patient’s encounter after organ transplants were coined by doctors as Cellular Memory Phenomenon.  Some examples are even more spectacular but received little attention.

There are biological theories like the presence of neuropeptides, which is the way of the brain to speak to other bodily organs and for other organs to relay information back. Although the discovery that neuropeptides exist in all tissues, no one really knows if they can store memories. So, why do organ transplants recipient have these experiences?

While skeptics speculate that patients are under anesthesia, they hear nurses and doctors talking about the donor, no donor organs arrived with a complete personality profile. What part does the rest of our body play in our thoughts and actions?  On the assumption that major organs have self-contained brains, would organ transplants cellular memory change the life of the recipients?