Nelson Mandela, Dead or Alive, Could be Discharged from the Hospital 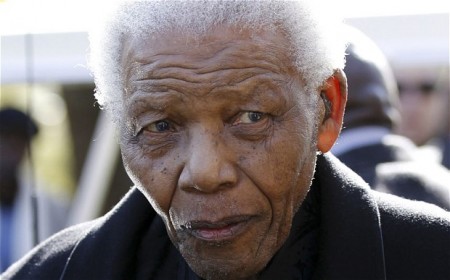 South Africa – The African National Congress Party (ANC) is clutching at straws with their latest prediction about the health issues of Nelson Mandela. Former president Thabo Mbeki said that he expects Nelson Mandela to be discharged from hospital to recuperate at home.

Thabo Mbeki, ousted from the presidency during his second term, was speaking at a memorable service yesterday, when he made this predication. This is a prediction only and also points to how the current government will use any means possible to avoid the truth.

Mbeki announced his resignation from government after being recalled by the ANC’s National Executive Committee, following a conclusion of improper interference of the National Prosecuting Authority (NPA), including the prosecution of the current president Jacob Zuma for corruption. The judgment was overturned, but his resignation stood.

Nelson Mandela was admitted to the hospital on June 8 for a recurring lung infection amidst high security and ambulance trauma. Daily updates from the government including members of the Mandela family continually report that the health aspect of Nelson Mandela remains critical but stable, nothing more nothing less.

Heated controversy has surrounded the Mandela health issue, with reports of his family creating unpleasant disputes over funeral and burial arrangements. From the time Nelson Mandela was admitted to the hospital with this serious health issue, reports from both the family and the government remained a worrying element and suggested that the truth is being withheld.

A conspiracy to cover up the truth surrounding the death of Nelson Mandela has seen a precipitous response from people who have reported that the lies and distrust of the present ANC government continue to conceal the reality of this situation.

Now that Mbeki has made a prediction, concerning his old friend and the respected Nelson Mandela, whom reports indicate that he is on life support and critical but stable, brings another outcry from the public who say the lies and disrespect remain a disturbing factor for the country.

People are wary of the reports from the ANC party and its members. The public are beginning to realize that the truth is not visible in the Nelson Mandela health issue and that one lie after another continues to be told through the media channels.

Thabo Mbeki the president for almost two terms earned a lot of respect from the public of South Africa at the beginning of his reign. As the years rolled by and corruption within the ANC became more apparent, the people began to realize this man was not another Nelson Mandela but a portal for the controlling party to exert their influence.

Some people commented on the prediction of Thabo Mbeki and said they are pleased to hear such good news. While others remain skeptical and said this was another publicity stunt, pathetic and outraged by another lie.

When Thabo Mbeki said Nelson Mandela will soon be discharged and will recuperate at home, the people saw this as another political maneuver for the ANC.

9 Responses to "Nelson Mandela, Dead or Alive, Could be Discharged from the Hospital"