We Count Down The "Paparazzi" Star's Most Profound Moments of Fame 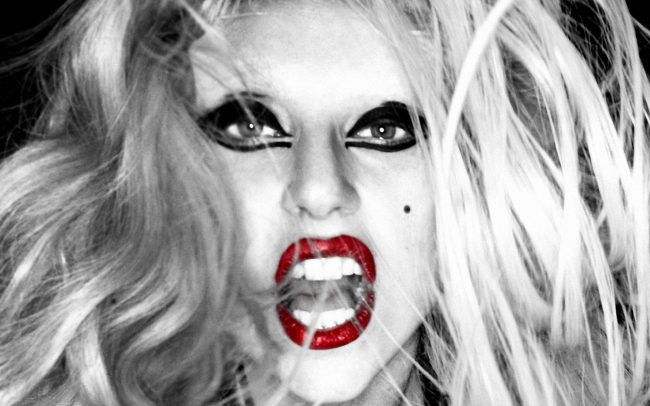 Lady Gaga has recently exposed all, quite literally, appearing in a naked video. Gaga, aged 27, shed all of her clothing to help endorse a Kickstarter campaign for the Marina Abramovic Institute. The website blurb specifies that Gaga, who was “… at a three-day retreat upstate New York, Marina,” was instructed in the “… Abramovic Method–a series of exercises designed to heighten participants’ awareness of their physical and mental experience in the present moment. But, with this latest spectacular exhibition in mind, let’s look at the Fame Monster’s top 10 crazy moments.

This one is not too extreme, but an interesting publicity stunt, worthy of mention. During the Grammy Awards (2011), Gaga hatched from a giant, plastic egg. The musical sensation remained inside the egg until debuting her performance of “Born This Way”, which went on to sell over a million copies within its first week.

Most artists would not dream of attending a show, looking as though they had been spat out of a Saw film. However, Gaga is no average performer. During her sell-out Monster Ball tour, the star created considerable controversy when acting out an attack scene, on stage; one of her fellow performers “assaulted” the star, gnawing at her throat, after which, Gaga played dead in a pool of fake blood. Similar scenes of blood-lust were demonstrated during Gaga’s “Paparazzi” performance, during the 2009 MTV Video Music Awards.

8. The Power of Christ

As far as diplomacy goes, this would usually be considered a big no, no. During the music video for “Judas”, Gaga purposefully appealed to the carnal desires of Jesus and Judas. This was not well received by the religious masses, who criticized Gaga’s ostentatious use of religious imagery, including portrayals of Mary Madalene, and inclusion of the crucifix. In spite of these many objections, the single was well received by mainstream critics, reaching the top ten in a number of global music charts.

There have also been far reaching consequences, arising from the female singer’s eccentric demeanor. This was demonstrated shortly after beginning the first leg of her Born This Way Ball, in late April 2012, when mass protests were witnessed amongst disgruntled religious factions, who labeled her work as anti-religious and satanic.

Unfortunately, the endless balking of the vocal minority, and the ensuing threats of extremism, were enough to sway the tour’s direction, forcing cancellation of the Jakarta gig, in Indonesia, due to denial of her licensing authorization. Gaga publicly responded to these terror threats:

There is nothing Holy about hatred.

Further bad news ensued, however, as Lady Gaga sustained a labral tear of the right hip, and the remaining part of the “Monster Ball” was terminated in February of this year.

Another impressive music video from Gaga, landing here at number 6. The pop sensation’s Bad Romance video, revealed in 2010, would be enough to make Tim Burton run for the hills (OK, I might be exaggerating somewhat). The video was replete with the usual ensemble of Gaga madness, including leather-clad dancers (which looked like they had emerged from Pan’s Labyrinth), scenes of arson, and bizarre, over-sized eyeballs.

This then inspired a craze, amongst Gaga-wannabes, who took the drastic decision of inserting custom-made, Circle Lenses. As to be expected, leading ophthalmologists recommended against these extreme cosmetic enhancements, which were capable of causing corneal tears and infection.

5. Gaga’s Misunderstanding of the “No Dress Code”

You go to a baseball game, expecting like minded fans, all of whom are draped in their team’s standard kit. It might then be, somewhat, of a revelation to look across the stadium, during the innings of a Mets game, to see a woman sat in her underwear, soaking up the occasion.

Then, in what seemed to be part of a bizarre psychological meltdown, the star rose to her feet to gesticulate some rather unpleasant thoughts. Sticking up her middle finger to crowds of attending photographers, who were snapping her pictures, the music mogul failed to ingratiate herself to the large venue of sports fans.

This top ten crazy moment isn’t quite as extraordinary as Lady Gaga’s latest naked escapades, but it’s certainly an intriguing one.

The British are sticklers for several things, including drinking inordinate amounts refreshing tea, whining about sleazy politicians, and good time-keeping. Lady Gaga failed to adhere to the latter, after attending the launch of her perfume range, at the department store Harrods, in London. Arriving over an hour late, the star posed for the paparazzi, ignoring the hoards of loyal fans that lined the themed, black carpet, before heading off inside.

Fans, many of whom had queued for over three hours, were none too impressed. A chorus of boos sounded through the streets of London, as fans vented their collective frustration.

Although not strictly Gaga’s fault, a photograph, hinting at a vague bulge underneath the singer’s costume, snapped during the Glastonbury music festival, in the United Kingdom, instigated rumors that the singer might be

transgender. Gaga has since denied the rumors, with many arguing the mysterious “penis” to have been caused by undergarments, or shots that were taken at a bad angle.

Frankly, based upon Gaga’s recent nude performance, for the Abramovic Institute, I think we can safely put this allegation to rest (unless some serious video editing was undertaken).

In at number 2, the singing sensation’s firework bra, which exploded in a cascading shower of pyrotechnic sparks, during the annual MuchMusic Video Awards ceremony, held in downtown Toronto, will be defined as one of the artist’s breast moments. Terrible puns aside, undoubtedly, this was one of Lady Gaga’s most iconic scenes, images of which are now synonymous with the idol.

Yes, I appreciate it is an obvious one, but it accurately embodies the truly abnormal inner-working of the Gaga mind. Sporting her fleshy dress of raw meat, and with a slab of animal essence draped over her cranium, Gaga attended the MTV Video Music Awards in 2010.

Animal rights activists were outraged by the singer’s fashion faux pas, brandishing it as “over the top” and “offensive.” At the other extreme, Time heralded the attire as the top fashion statement of 2010.

Lady Gaga explained the symbolic meaning of the dress, after the ceremonial proceedings, which revolved around the U.S. military’s “don’t ask, don’t tell” policy, elaborating: “… if we don’t fight for our rights, pretty soon we’re going to have as much rights as the meat on our own bones.”

So, there we have it. Gaga has been proclaimed the “Queen of Extreme.” This is, undeniably, a well deserved title, with oodles of wacky aberrations spewing forth from the deepest recesses of the star’s mind.

None-the-less, Lady Gaga’s singing talents are firmly interwoven with these fanatical, attention-grabbing acts, and her latest naked stunt is likely a part of this strategy. The woman has carved out her own career path, quite cleverly, by courting the media and generating global publicity. And, knowing Gaga, this unstoppable train of lunacy is unlikely to halt anytime soon, meaning there will be many more top 10 crazy moments to come.