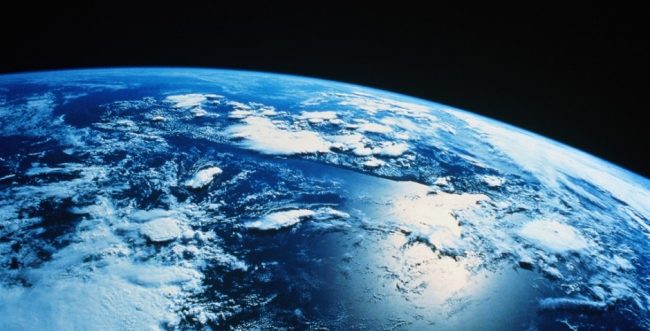 A new research study claims to have discovered alien life within the Earth’s stratosphere, after deploying a balloon to collect samples at an altitude range of between 22 to 27 kilometers.

The study was conducted by a group of scientists working from the University of Sheffield, and published in the latest issue of the Journal of Cosmology.

By adopting their stratospheric sampling method, the researchers launched their balloon from Chester, England, during late July of this year. The balloon had a drawer mechanism that could be controlled via telemetry to facilitate acquisition of samples.

Prior to launch, the sample collection drawer was meticulously cleaned, air-blasted and then cleaned with alcohol to ensure it was completely sterilized. Rows of scanning electron microscope (SEM) stubs were positioned along the base of the drawer, facing upward, to allow particulate matter to settle for later microscopic analysis.

Upon arrival within the stratosphere, the balloon commenced its collection. The drawer was opened for a period of 17 minutes, between the altitudes of 22026m to 27008m, to allow microbes to be captured by the stubs. The sampling equipment was subsequently returned to Earth, via parachute.

During laboratory investigation, scientists discovered a frustule of a diatom. Diatoms are a group of unicellular algae, encased in a protective,

Lead author of the study, Milton Wainwright, of the University of Sheffield, discusses the implications of his team’s research. With no other mechanisms to explain their findings, he suggests the origins of these “biological entities” must be from space, and are systematically delivered to the Earth’s stratosphere.

He stipulates that particulate the size of diatoms cannot be simply “lifted” from our planet to elevations of 27km. Only a violent outburst from a volcano could be responsible for delivering such particulate to the stratosphere, says Wainwright.

However, with regards to his own study, Wainwright dismisses this contingency, since no volcanic eruptions had taken place three years prior to the balloon’s sampling trip. The study also points out that large, dense organic material, including diatoms, would experience a relatively short “residence time” within the stratosphere.

However, the rest of the scientific community remain unconvinced by these bold assertions.

Seth Shostak of the Search for Extraterrestrial Intelligence (SETI) Institute has reservations about the study. Although he believes in the widespread notion that extraterrestrial life can hitch a ride on the back of comets (panspermia), he considers the fallibility of the researchers’ methodology.

In the past, analogous research studies have utilized similar approaches to search for alien life. However, speaking to Space.com, Shostak maintains “… most members of the astrobiology community have found it easier to ascribe these claims to terrestrial contamination…”

Responding to critics, the authors refute the possibility of contamination from the balloon itself:

“… this criticism emphatically does not apply to the diatom frustule… simply because diatoms do not occur on pristine balloons, in laboratory air, nor are they associated with laboratory workers. The methods used to clean the sampling apparatus would also prevent such contamination, as would the approaches used to maintain sterility before the E/M stubs were exposed to the stratosphere.”

The study also refers to “unthinking critics,” who fail to take into consideration that diatom particles cannot simply float into the stratosphere. The authors also rule out the possibility of contamination from commercial aircraft, which fly too low; likewise, blue lightning would be unable to elevate heavy diatoms into the stratosphere.

Meanwhile, Chris McKay suggests the evidence is not substantial enough to warrant these audacious claims, inferring the authors of the paper have made a “big jump” with their conclusions. He suggests that proving the organisms have some obvious biochemical differences from life on Earth, for example, could constitute evidence that would provide more credence to their claims.

The authors plan to perform further experiments on their stratosphere-derived samples, in a bid to prove their theory that tiny alien life forms are constantly arriving from space. Hopefully, more discoveries await.

2 Responses to "Alien Life Discovered Within the Earth’s Stratosphere?"