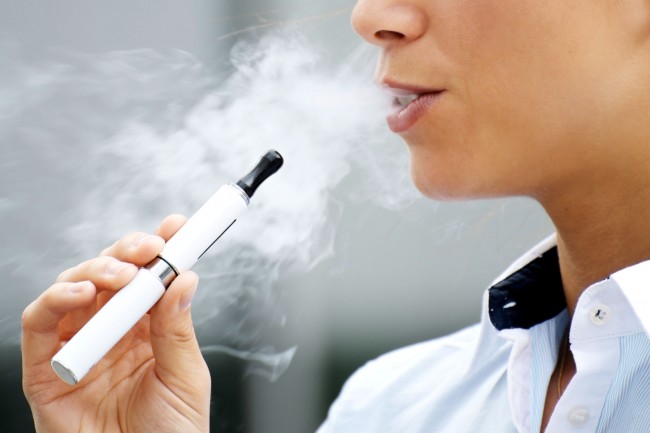 A debate has recently been sparked over whether electronic cigarettes (e-cigarettes) are as safe as its creators would have you believe. Although these allegations are under much scrutiny, a new study has aimed to investigate the efficacy of e-cigarettes when compared to a veteran smoking cessation product, the nicotine patch. So, the e-cigarette versus the nicotine patch; who will win?

The Emergence of the E-Cigarette

E-cigarettes were initially launched in 2004, in the form of a diverse selection of battery-powered devices that vaporized nicotine, ready for inhalation. Millions of people globally have flocked to pharmacies and stores to procure the cessation product, which was advertised as being a safe way to enjoy a “nicotine high” without being exposed to the carcinogenic effects of traditional cigarettes.

One of the key advantages to these novel devices lies in their ability to simulate the natural feel of smoking. When a smoker takes the bold decision to wean themselves off of harmful cigarettes, they often need to find an activity to occupy their hands and minds, even when using nicotine patches. The e-cigarette overcomes this problem by designing the device to function much in the same way as a normal cigarette.

Others have voiced their concerns over the potential for e-cigarettes to cause nicotine addiction; the cartridges are often sold in different flavors, including mint and chocolate, which seems to partially support this argument. Proponents of the devices, however, maintain they are one of the most important tools used by smokers who are attempting to gradually, and safely, decrease their nicotine intake.

The latest study, published in the Lancet medical journal, has been the very first to draw a direct comparison between nicotine-impregnated patches and e-cigarettes. During the trial, the researchers used different sample groups (comprising a total of 657 smokers) to compare how effective the two types of nicotine cessation platforms were in helping smokers kick the habit.

The researchers also used placebo e-cigarettes, which contained no nicotine whatsoever, to ensure the results were entirely reliable.

Recruited subjects had all smoked ten or more cigarettes per day, for a minimum of a year, prior to joining the program. Participants were all over 18 years of age and wanted to quit smoking. People with medical conditions, and those who were already a part of a cessation program, were excluded from the study. 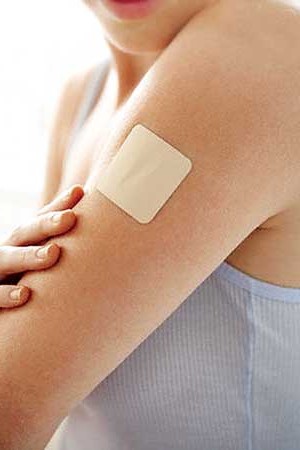 the cessation product to their friends and family.

In addition, there were more e-cigarette users that managed to completely stop smoking. 7.3 percent of the e-cigarette group managed to successfully quit their habit, contrasted against just 5.8 percent of subjects who used patches. Unfortunately, this data was not statistically significant and, therefore, there remains little evidence to suggest a difference in efficacy between nicotine patches and e-cigarettes.

Interestingly, e-cigarette users who had not completely quit smoking were more likely to have drastically reduced their use of traditional cigarettes, when compared to participants who were applying daily patches. The group’s findings revealed that almost 60 percent of people on e-cigarettes had halved the number of normal cigarettes they smoked, compared to just over 40 percent for the group on patches.

The popularity of these devices is now anticipated to surpass that of normal cigarettes, within the next decade. As a consequence, it would seem highly prudent to scientifically scrutinize the medical efficacy and safety of e-cigarettes.

Some studies have suggested that e-cigarettes can present a risk to the user’s health. Recently, a research study, called efficiency and safety of an electronic cigarette (ECLAT) as tobacco cigarettes substitute, explored these issues within a randomized population of smokers over a 12-month period. The results suggested that the fluid and vapor of e-cigarettes possessed potentially harmful toxins, but in concentrations that was similar to nicotine replacement therapy (NRT) products, and were much lower than the concentration of toxins identified in standard cigarettes.

On the other hand, another recent study, (peering through the mist: what does the chemistry of contaminants in electronic cigarettes tell us about health risks?), concluded that the devices presented no perceived risk. During this study, researchers looked into data on the chemical constituents of aerosols and liquids specific to e-cigarettes. The research team concluded that there was no threat that “vaping” could expose users to harmful contaminants, at levels that could warrant any legitimate health concerns.

With an increased uptake in the proportion of American teens, even greater concern over the safety of e-cigarettes has been stirred. The Food and Drug Administration (FDA) cautions that the products have not yet been fully tested, and the health implications remain unknown. Some fear that teenagers may initially dabble in electronic cigarettes, only to move on to try regular, carcinogenic equivalents.

According to Red Orbit, the president of the European Respiratory Society, Francesco Blasi, argues this latest study is a step in the right direction. However, he also appeals for further “long-term independent clinical trials and behavioral studies.”

Blasi also bases his recommendations on the limited availability of data regarding this newfound device, as well as its ever-growing popularity.

Although the research study was unable to identify a statistical difference between the efficacy of e-cigarettes and nicotine patches, it would certainly seem that the general public is more receptive to the electronic devices. And, as electronic cigarettes attract a better adoption rate amongst the smoking masses, maybe this is the way forward to help completely eradicate the toxic and costly influence of the traditional cigarette.