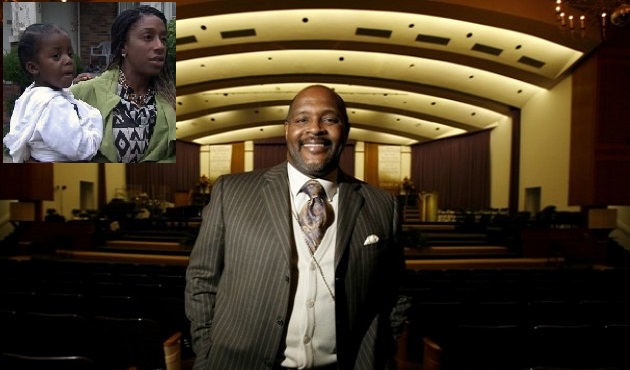 Pastor Marvin Winans, of The Perfecting Church, has a policy that ostracizes children conceived out-of-wedlock to be christened.

The Perfecting Church had scheduled a special dedication ceremony for his younger members on Sunday. As opposed to baptizing newborns, this type of ceremony is a tradition of non-denominational churches where children are consecrated to God.

A recent member of his Detroit church on East Nevada Street, Charity Grace, wanted her only son Joshua to share in the ceremony and be dedicated to God.

Grace said she wanted to instill morals and values in her 2-year-old son that were based on the word of God.

On Tuesday, she made the call to the church in hopes of signing Joshua up to participate in the ceremony only to be told her son would not be allowed to participate because of her marital status.

Grace said an elected official at the church told her that Pastor Marvin Winans has a very strict policy and under no circumstances would he bless babies conceived outside of wedlock in front of his congregation.

As a member of his church family, Grace was appalled. She said when she told them she was not married the conversation took an immediate wrong turn. They told her that what they would do was dedicate her son on a weekday, alone, with one of the elders of her choosing. Grace said she’s never felt so disrespected and degraded.

Grace said she felt humiliated by her pastor’s decision to ostracize her son. She said she hopes he reconsiders but she will not return if he does not. Grace said under no circumstance would she go back to Perfecting Church right now. She feels that they look down and frown upon women like her. She then clarified “like her” by saying single and unwed mothers to be exact.

Since this unfortunate experience she has in fact left the church because the social climate of that ministry is not conducive to unwed or single mothers. Grace said the church is last place you expect to be judged and denied.

Francis said a girl who had the courage to endure her pregnancy should not come to church to find a closed door. He said that is not good pastoral enthusiasm because it pushes people away from the Lord.

Senior minister of Middle Collegiate Church in Manhattan’s East Village, Dr. Jacqui Lewis, said that she was shocked that any child would be denied a blessing from any church.

She failed to understand the harm of blessing those babies. She feels it would be a win all around. The children would be blessed and accepted into the community; and the mother of the babies would have a whole community of people to help her raise her child. Lewis said that represents the tradition of a strong black church because it really does take an entire village to raise these kids.

Many have sided with Grace. Yes, the Bible has established guidelines for Christians to follow in order to live their best life and achieve the promises and purpose of God; but not for the use of shaming members.

The church has to stop deciding which sin should carry more weight than another sin and just be a source of tools that show their members how to better their lives. Furthermore, wouldn’t the child who was born out-of-wedlock be innocent and completely deserving of a blessing from God?

Marvin Winans, pastor of The Perfecting Church in Detroit, has declared that no child may be blessed in front of the congregation if they have been conceived outside of wedlock. Christy Grace has declared that until he revisits this policy she won’t step foot back in his church.

Any policy that ostracizes children conceived out-of-wedlock and refuses their participation in a dedication ceremony is more focused on legalism than love.