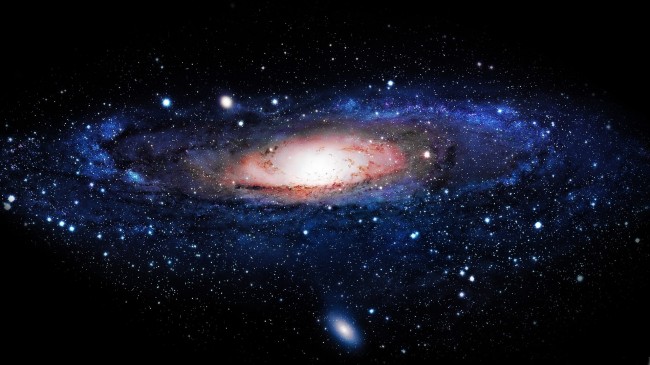 An enormous gas cloud, on course for collision with the Milk Way, may be protected by what researchers describe as an inner magnetic “force field.”

The astronomers were exploring the Smith Cloud, a high velocity cloud (HVC) of hydrogen gas localized to the Aquila constellation, originally discovered by astronomer Gail Bieger.

The cloud is currently hurtling towards the Milky Way at approximately 150 miles per second, and is set to make its impact in 30 million years time. The Smith Cloud is said to boast enough hydrogen to make a million stars like the sun, and has a width of 2,500 light-years and a length of 11,000 light-years.

Smith Cloud to Trigger a Burst of Star Formation

A team of astronomers used the National Science Foundation’s Karl G. Janksy Very Large Array and Robert C. Byrd Green Bank Telescope to conduct their investigations into the cloud. They established, deep within the Smith Cloud’s interior, a magnetic field capable of protecting it from the dramatic dive into our Galaxy.

Once the Smith Cloud reaches its ultimate destination, experts predict that its collision will trigger a phenomenal eruption in star formation. However, according to Alex Hill, an astronomer based at Australia’s Commonwealth Scientific and Industrial Research Organization (CSIRO), and lead author of the research study, its journey is likely to be a fraught one:

“The million-degree upper atmosphere of the Galaxy ought to destroy these hydrogen clouds before they ever reach the disk, where most stars are formed.”

Though these clouds represent massive streams of gas, their composition is rather delicate. As a consequence, computer simulations predict that they are unlikely to survive the journey through the halo and into the Milky Way’s disk.

However, Hill then goes on to explain their new observations. Although the gas cloud is in the process of being shredded, Hill maintains that it has a protective magnetic field that could shield the cloud from “burning up,” whilst journeying through these gruelling conditions.

High velocity clouds are defined as large collections of gas clouds, many of which have been identified throughout the galactic halo of the Milky Way. They consist of neutral hydrogen and can be enormous in size; some HVCs can have masses that are in the order of millions of times the mass of the sun.

There are three proposed mechanisms explaining the origins of high velocity clouds of neutral hydrogen; these include Galactic Fountains, material disseminated from dwarf galaxies, and the ancient remnants of nascent galaxies.

The Origins of High Velocity Clouds

The Galactic Fountain theory proposes that the gas was initially thrown out from the Galactic disk, as a result of supernova explosions. It is theorized, on this basis, that the metallicity of the ejected gas cloud – the proportion of its matter comprising of elements other than hydrogen and helium – should be similar to that of the Galactic disk. This theory

is now largely suggested to be applicable to intermediate velocity clouds, however.

Another theory revolves around accretion from satellite galaxies. As these so-called dwarf galaxies transit through a larger galaxy’s halo, the gas of the dwarf’s interstellar medium may become stripped away.

Meanwhile, the illustrious Dutch astronomer Jan Oort developed a model to elucidate high velocity clouds as residual gases, left over from early galaxy formation. His theory worked on the assumption that gases lying at the edge of a galaxy’s gravitational influence could be slowly hauled back into the Galactic disk, returning as HVCs.

According to earlier research, the Smith Cloud has already survived “punching” though the Galactic disk, and is currently beginning its reentry, some 8,000 light-years from the disk itself. Felix J. Lockman, working from the National Radio Astronomy Observatory in Green Bank, offered insight into the Smith Cloud:

“The Smith Cloud is unique among high-velocity clouds because it is so clearly interacting with and merging with the Milky Way… Its comet-like appearance indicates it’s already feeling the Milky Way’s influence.”

Hill describes the galaxy as a dynamic environment, one which is capable of determining star formation. When the Smith Cloud does eventually merge with the Milky Way, the researchers believe that an intensely bright ring of stars may end up as the cosmic result.

Hill and colleagues published their work in the Oct. 1 issue of The Astrophysical Journal, entitled Magnetized Gas in the Smith High Velocity Cloud.