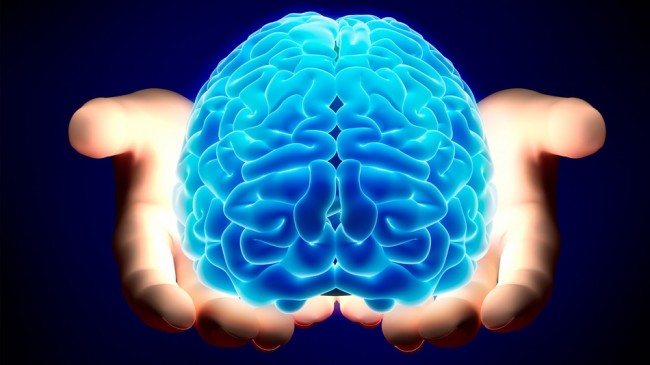 Brain death has been in the headlines this past week as the family of Jahi McMath, a 13-year-old girl declared brain dead by medical professionals following complications of a tonsillectomy, fights to keep her tethered to life support machines. The case has sparked debate about what it means to truly be brain dead, who gets to make the decision to terminate life support and just when exactly all hope of recovery is truly lost.  While conventional wisdom is that once there is no longer any measurable brain activity, a person is dead, practitioners of so-called resuscitation medicine say that they have found evidence of consciousness after death.

Dr. Sam Parnia, a doctor and practitioner of resuscitation medicine at New York’s Stony Brook University Hospital, has worked extensively to “bring people back from the dead” and the stories they tell have led him to believe that there is consciousness after death that “we cannot see from the outside,” for at least a few hours.

Modern resuscitation techniques such as CPR can now effectively bring people back to life following periods of up to a little more than an hour after cardiac arrest and so called brain death.  About 10% of the time, Parnia reports, these people share reports of having seen, heard and experienced things during the period when they were considered dead. He  explains that it may be the case that more people have actually had such experiences than report them, as it appears that those who are asked immediately upon resuscitation seem to have the best recall. He believes that many may have had an after death experience but forgotten it by the time someone actually inquires about the possibility.

Parnia documents many of these stories and his work in a book released earlier this year entitled Erasing Death: The Science That Is Rewriting The Boundaries Between Life and Death.

According to Parnia and others in the field, many of those who report having had “after death experiences,” as he refers to them, have very similar stories to tell. Generally, these recollections involve a feeling of overwhelming peace and comfort as well as experiencing the presence of a being “full of love and compassion.” Parnia says that people tend to describe the loving being in terms of their background, be it through a particular religious perspective or an absence of prior belief in a higher power.

The explanation Parnia provides for just how it is that people can be resuscitated and report evidence of consciousness after having officially suffered brain death, comes, he says, from the fact that death is a process.

The point of a declaration of death usually comes when a person suffers cardiac arrest and, shortly thereafter, brain death, or the termination of any measurable brain activity as a result of lack of blood flow to the brain. But, Parnia says, it takes time for the body’s cells to die after having experienced oxygen deprivation.  Thus, he believes that doctors have longer than previously thought to resuscitate patients.  He says “when the doctor declares you dead, there’s still a possibility, from a biological and medical perspective, of death being reversed.”

Parnia is interested in extending this amount of time available for resuscitation. He does not think that it is indefinite, but believes that there is a possibility that, since brain cells may be viable for up to eight hours following cardiac arrest, measures could be taken immediately upon death to protect brain cells, and prolong the time for viable resuscitation without brain damage. This could mean then, that there might be time for doctors to fix whatever caused the death and then “re-start the head” and still bring the person back. Measures such as quickly acting to cool the brain could be effective to this end, says Parnia.

Parnia seeks to answer the question of whether those that report having had after death experiences also received better after death brain care than those that are revived and do not report having had such experiences. Parnia’s ultimate goal is to ensure that, since everyone will at some point suffer a cardiac arrest, that everyone is also able to get the best possible care to prevent brain damage when that happens, in case of resuscitation.

Resuscitation medicine may not offer any solace or hope to the family of Jahi McMath and her particular situation at this point, but for those who may suffer a similar tragedy in the future Parnia’s work to find evidence of consciousness after cardiac arrest and brain death may lead to better outcomes.