Dungeons & Dragons Next Edition Out Summer 2014 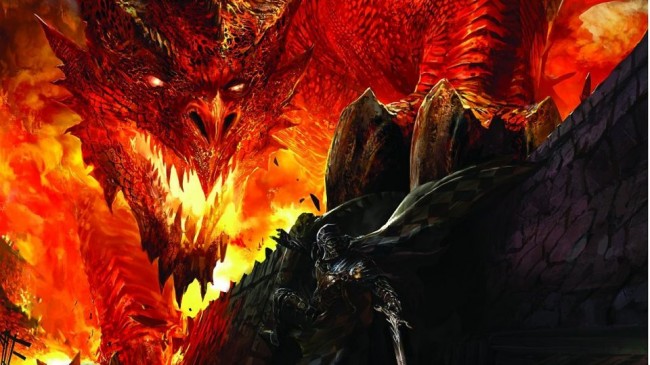 The highly anticipated next edition of the Dungeons & Dragons role-playing game will be released in summer 2014, coming out after a long period of development, according to publisher Wizards of the Coast.

The new edition of the popular fantasy game—which has only had four major revisions since 1974—was announced nearly two years ago. Since that time, efforts by game designers to regain the market share and gamer goodwill they lost around the release of the game’s 4th Edition have been supplemented by a public beta-test in an effort to make consumers part of the process. This public play-test included more than 175,000 players world-wide, who tried out the game under the code name “D&D Next.”

Dungeons & Dragons—D&D to most—introduced the idea of the role-playing game, a system of rules for players to assume the roles of characters in fictional setting and make choices within a narrative, with the rules helping to determine whether the characters’ actions succeed or fail. Originally played on a table-top like a board game, role-playing games have since been adapted into video games (including massive multiplayer online games like World of Warcraft) and live action versions.

The first role-playing game, however, was D&D, a Tolkienesque fantasy setting where players take on the roles of wizards, warriors, elves, and other adventurers to fight monsters and unearth hidden treasures. When the next edition comes out in the summer 2014, its creators will be trying to recapture the feel of the original Dungeons & Dragons game after a series of business moves that have splintered the property’s audience over the past four decades.

When the new game is released this year (presumably at Gen-Con, a massive annual gaming convention in the Midwest), the creators hope to go back to a simplified core version of the game, with optional add-ons for those seeking a more complex play experience. In the past, in order to drive profits and improve the game experience as role-playing games evolve as a larger art-form, D&D has been through four substantial reboots. While some have been extremely profitable (with the basic mechanics driving the 3rd Edition continuing to comprise the world’s most popular role-playing system, in various forms), each has split their audience to a greater or lesser extent, with some players choosing not to upgrade.

“Would the game even survive if every five or six years it just splinters into smaller and smaller groups?” was the question posed by Mike Mearls, the Senior Manager for D&D Research and Development at Wizards of the Coast, explaining the purpose behind the current revision. “We’re trying to bring everyone together.”

The need to reunite the game’s audience is undeniable. Ever since 1974, D&D has the number one role-playing game in the world—until 2011. In that year, a competing product, Pathfinder, overtook D&D in terms of sales, according to hobby trade publication ICv2, and it has retained the top spot since. In fact, most industry insiders believe the D&D’s publisher themselves, under corporate management, who sowed the seeds of their own diminished profits.

Pathfinder itself is based on the 3rd Edition of Dungeons & Dragons, an unambiguous hit. Part of the key to the runaway success of the 3rd Edition in 2000 was that it was released under an open license, similar to open source software development, opening up the game itself for smaller publishers and fans to create their own supplements and expansions. However, only eight years later, a 4th Edition was released, which attempted to emulate elements of strategy games and computer versions. Many of the game’s core fans rejected this last reboot as too great of a departure from the preceding editions.

In what is generally perceived as another crucial mistake, Wizards of the Coast abandoned the open licensing of 3rd Edition for a much stricter licensing scheme, meaning far fewer small publishers got on board. Instead, many chose to continue supporting the previous version instead. Taking advantage of the open license, a company called Paizo, made up of mostly former Wizards of the Coast employees, not only chose not to transition to the 4th Edition, but also put out their own streamlined version of the 3rd. That game was Pathfinder, and it is currently the bestselling role-playing game in the world.

D&D is not accustomed to the number two spot. Growing into a hit and then a cultural phenomenon during the 70s, especially among teens—with a later backlash of paranoid parents worried that their kids were practicing real black magic—D&D became the basis for movies, TV series, children’s animation, action figures, and a whole range of licensed products. At its core, however, the value of the property—purchased in 1997 by Magic: the Gathering publisher Wizards of the Coast, which in turn became a subsidiary of toy giant Hasbro in 1999—has always risen and fallen with the fortunes of the actual game itself.

War-game aficionados Dave Arneson and Gary Gygax conceived the game in the early 70s, an evolving set of typewritten rules they mailed back and forth and revised while circulating them to fellow hobbyists. In 1973, Gygax formed a company, Tactical Studies Rules or TSR, to publish his latest revision of the game, which came out in a boxed set of amateurishly presented booklets at the beginning of the following year, the legendary “White Box.” Over the years, revised publications gained a more professional look, with the transformed game published in hardcover as the much more expansive Advanced Dungeons & Dragons by 1978, while the simpler previous game continued to be published separately as “Basic” D&D until the late 90s.

Gary Gygax’s background as an insurance actuary was on full display in AD&D, with detailed tables describing the exact percentage chance of various occurrences, such as encountering specific kinds of monsters in different climates. However, the “father of Dungeons & Dragons” had increasingly relied on untrustworthy or short-sighted investors to keep up his company’s ambitious publishing schedule, with the incompetent Blume brothers mismanaging TSR millions of dollars into debt before selling their shares to Lorraine Williams, who forced Gygax out.

The removal of Gygax paved the way for the first new edition of Advanced Dungeons & Dragons, 1989’s 2nd Edition, which was largely successful initially, though it likely created the first major split of the game’s audience. An unwieldy publishing schedule of endless new settings in which to play the game proved largely unprofitable and to some extent subdivided players even further. New owner Lorraine Williams became known for her treacherous business tactics and reported disdain for her customers, and her failures eventually drove the company to the brink of bankruptcy.

Purchased by Wizards of the Coast, TSR ceased to exist as a separate entity by 2000, when Wizards publishing the 3rd Edition, widely credited with not only saving the game but revitalizing the entire role-playing game industry. A glut of lower quality derivative products would eventually be the dark side of the open license. Despite this, it was not until after 4th Edition that the D&D fan base finally split to the point where Pathfinder could swipe the top spot.

Today, the designers at Wizards of the Coast are hopeful they can reunite the various factions among fans of the game. “Wizards has worked cohesively with fans, designers and partners to create the next generation of D&D,” said Nathan Stewart, Brand Director for Dungeons & Dragons. “We whole-heartedly thank all of the play test participants, whose feedback has proven instrumental in shaping the future of Dungeons & Dragons.”

According to Mearls, when the next edition is released in summer 2014, they are unlikely to call it a “5th Edition” or “D&D Next,” but prefer to make their unifying mission clear by simply calling the new version Dungeons & Dragons.

7 Responses to "Dungeons & Dragons Next Edition Out Summer 2014"