By Iftikhar Tariq Khanzada on December 12, 2013Comments Off on Iftikhar Mohammad Chaudhry Retires Amidst Controversial Protests 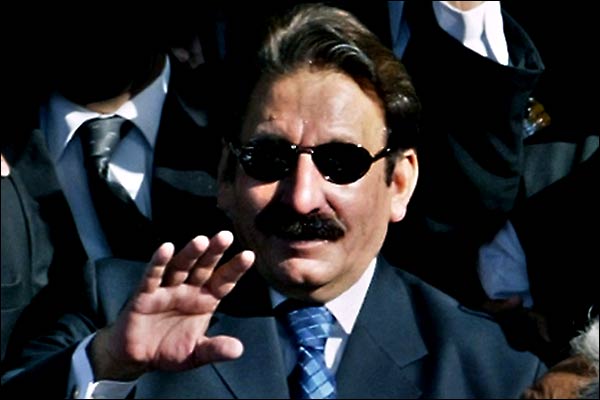 The Chief Justice of Pakistan (CJP) Iftikhar Mohammad Chaudhry retires amidst controversial protests by the media and the lawyers, both his staunch supporters, once. His tenure as CJP of Pakistan was one of  judicial activism, marked by free use of the Article 184(3) of the constitution of Pakistan.

Chaudhry made national and international headlines when he defied the orders of the all-powerful political dictator General Pervaiz Musharraf. The general sent him packing for his disobedience, it was the first time in the history of Pakistan that an individual showed guts to say no to a military man. This brave act of defiance made Chaudhry an instant hero in Pakistan.

This act of defiance endeared Chaudhry to the masses and he was viewed as a messiah; a God-send, who would rid Pakistan of the rampant social ills. Many were proved right but others are not convinced to this day.

The movement for his restoration swept like wild fire along the length and breadth of Pakistan. It was initiated by the lawyers, civil and human rights activist and as it gained momentum the opposition parties also joined this movement. It was due to this mass movement that Chaudhry was restored as the CJP in 2009.

His restoration began a golden era of judicial independence and activism never before seen in the history of Pakistan. During his tenure, for the first time in Pakistan the high and mighty, including top military brass and the leading politicians were made to appear before the august court and there ill-doings exposed.

Chaudhry performed many historic feats but his tenure was always marred by one controversy or another and so is his retirement taking place amidst controversial protests. In 2012, the case of Arsalan Iftikhar, also referred to as don-Iftikhar, Chaudhry’s  son came up for hearing before the supreme court. Iftikhar was charged with allegedly accumulating millions in the name of his father from aggrieved parties to decide cases pending in the supreme court in their favor. Iftikhar’s case is still pending in the supreme court as it was hushed-up for the time being but is sure to be revived upon the retirement of his father.

The ex-CJP  took suo motto action on important  issues, of  missing persons, the  privatization of the steel mill by the government and cases of graft against the then President Asif Ali Zardari, among many others. All these cases were hailed by the public but the case of his son and the manner in which it was handled is an ugly blotch on his otherwise clean record.

During the end of his tenure Chaudhry is the target of a vilifying campaign by the same lawyers who fought for his restoration. Further, Chaudhry, once the favorite of the independent media in Pakistan is held guilty of  favoritism as his administration gave exclusive coverage rights to the full-court reference held in his honor, to one media house.

History will judge whether Chaudry was a true messiah of the poor and the helpless people of Pakistan or just a sham champion of the underdog.  The new CJP has been sworn-in and the memorable yet  Chaudhry  retires amidst controversial protests by the media and the lawyers.