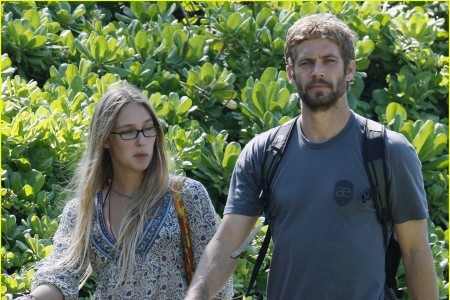 Paul Walker, the actor made famous for his serial role in the “Fast & Furious” film franchise, and who died Saturday in a tragic car crash in Santa Clarita, CA, could have been guilty of statutory rape. Statutory rape occurs when an adult older than 18 has sexual intercourse with a person under the age of consent (typically between the ages of 16 and 18).

Walker reportedly dated his girlfriend Jasmine Pilchard-Gosnell for seven years. Walker was 40 at the time of his death, and Pilchard-Gosnell is now reportedly 23. This means she was 16 and he 33 when they met. Pilchard-Gosnell’s family apparently did not have a problem with the pair dating. Was this because Walker was a handsome, famous actor? Or did her family just plain like the guy? Like him or not, it doesn’t alter the fact he appeared to enjoy the company of much younger girls.

In the state of California, the age of consent is 18. Because of the age gap between Walker and Pilchard-Gosnell, he could’ve been hit with a felony charge. That he wasn’t speaks to the relative permissiveness of our society and also to the apparent immunity that good looks and fame can bring. R. Kelly didn’t get away with it so why did Walker?

Pilcher-Gosnell was possibly not the only underage girl Walker dated. Before Pilcher-Gosnell, Walker dated a girl named Aubrianna Atwell. Atwell was interviewed by the Las Vegas Sun recently, in which she discussed her long-time relationship with Walker. She stated that they met 12 years ago. Considering she is now 28, that would mean she was 16 and Walker was 28 at the time. According to Atwell, she and Walker briefly dated and continued to be close friends until Walker’s untimely death. She reportedly said Walker was going to accompany her to her father’s funeral Dec. 8.

There is a reason there are laws for the age of consent. While girls mature faster than boys, the age of 16 is still young. Teenagers are still growing and developing, and it’s important to ask why men of Walker’s stature would be interested in dating girls still in high school. This law exists to protect young girls.

Hollywood has a troubling history of averting its eyes when celebrities commit statutory rape. Actor Kelsey Grammar was accused of being with a 17-year-old girl but was not charged and served no time. Woody Allen never served time for having an affair with his 17-year-old stepdaughter, Soon-Yi, although they later married. Rob Lowe completed community service instead of jail time for being with a 16-year-old girl and another young woman. After he fled the States to avoid conviction for statutory rape of a 13-year-old girl (who he also drugged), Roman Polanski began a relationship with 15-year-old Nastassja Kinski. Justice has yet to be served in Polanski’s case.

The same couldn’t be said for Jerry Lee Lewis, who infamously married his 13-year-old cousin when he was 22. His career stalled and never quite recovered from that scandal.

And who can possibly forget the story of Elvis and Priscilla Presley? Elvis was 24 and Priscilla 14 when they met. At 15, she moved in with Elvis, and they lived together for five years before marrying. When they met, Elvis had an even younger girl living in his home.

As is evident in these cases, and many more, underage girls often fall victim to celebrities’ whims and wishes. Paul Walker was just one of many who evidently committed statutory rape.