By Kimberly Ruble on December 1, 20134 Comments 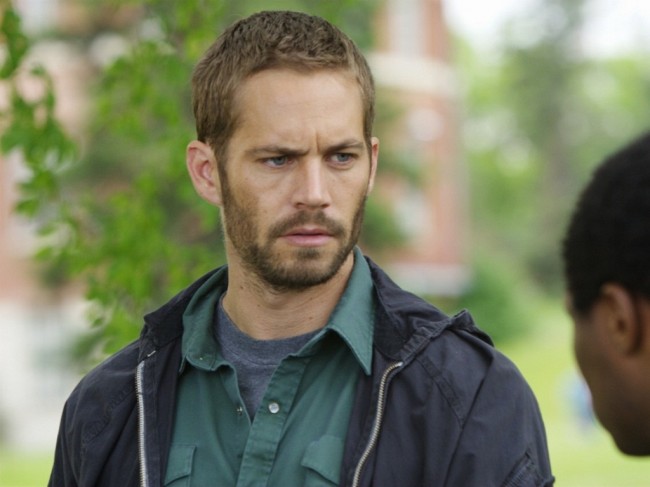 Actor Paul Walker and his business partner Roger Rodas, who both were killed in a blazing car accident while attending a charity event in Santa Clarita, California on Saturday, cannot be officially autopsied by the coroner of Los Angeles County or even identified until their dental records have been confirmed.

It was first reported on Sunday that each of the men’s bodies had been too badly burned to even be identified from the crash, and that authorities had to submit dental records on both. This will hold up the official process. A security commander that was on watch at the coroner’s office did not have any information on the condition of either of the bodies. However, the female was able to reveal that neither Walker nor the other man had yet been officially identified by the coroner.

She stated that as far as she knew at the present time that neither body had officially been identified.

A page on Facebook, “Always Evolving” was made for the tune shop that Walker owned and that Rodas ran as its CEO.  Shortly after the crash on Saturday, the page posted that Walker had been a passenger in his own car with Rodas was the alleged driver. Each man perished after the car smashed into a tree and erupted into flames. The Santa Clarita AM area radio news station KHTS  first reported that Rodas was the supposed driver of the car. They also called Rodas an employee of one of Walker’s businesses.

The two men were taking part in a charity affair for Reach Out Worldwide.The organization is a disaster relief association that has been giving support to the many victims of the Philippines typhoon. Police investigators later stated it was very likely that speed played a major factor in the car accident of the 2005 Porsche Carerra GT. This type of car is extremely exotic. It has also actually been labeled as “scary” to drive, even for someone as qualified as Rodas.

An anonymous individual who only described himself as one of Walker’s friends stated that numerous individuals at the occasion received telephone calls telling them there had been a car wreck. This caused many workers to get fire extinguishers and race to the scene of the accident.

The man added that they could see Walker inside the car and that he was unconscious. The car was already totally in flames. They were unable to see the driver. They began trying to extinguish the fire. Walker’s employees were attempting to reach into the car trying to undo his seat belt. They were using at least seven fire extinguishers but they were unable to put out the fire before firefighters and police came on the scene and took over for them.

Some of the fire rescue units had to put several employees in squad cars because they would not leave the area or stop fighting the fire, the individual added, they would not give up.

Sadly it was in vain and Walker and Rodas both lost their lives in the wreck. Further information is pending delivery of dental records for each man. Without these identifying records,  Walker nor Rodas can be officially autopsied.

It has been confirmed that actor Paul Walker’s autopsy was finally completed, but the details over the examination were still pending.

A spokesperson for the county of Los Angeles coroner’s department stated on Tuesday that the “physical activity” part of the autopsies of two bodies, thought to be of Walker and his friend Roger Rodas, had been completed.

However, nothing, as of yet, had been concluded from either examination. Identification of each body is also still pending and is not expected to happen until tonight or even possibly tomorrow morning at the latest.

Walker, age 40, and Rodas, age 38, both died on Saturday in a fiery wreck, the details of which are in the above story.