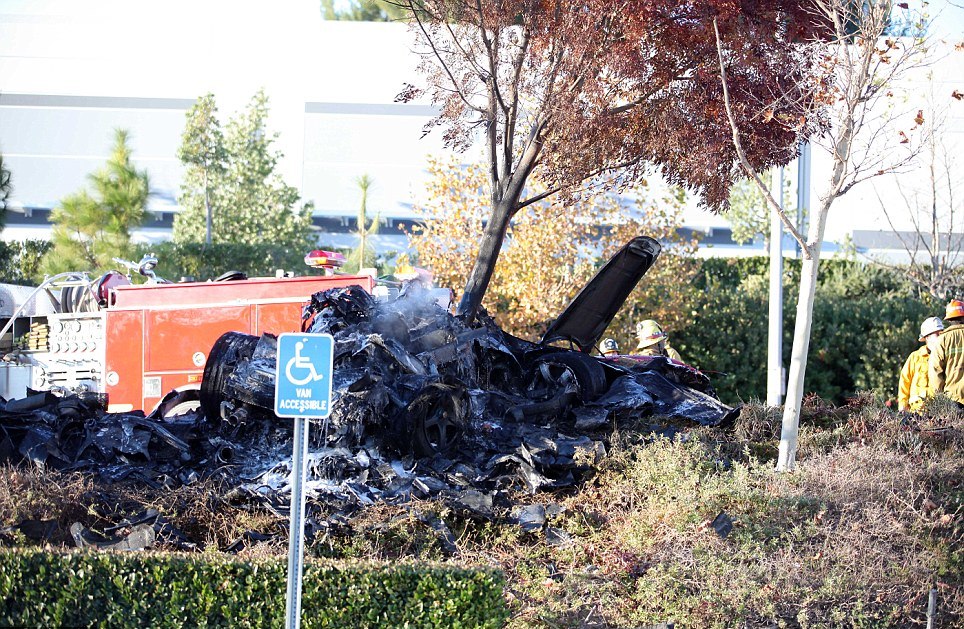 Paul Walker conspiracy theories continue to circle as conflicting evidence and delays with the coroners report are the latest issues being used to stoke speculation and garner tough questions. The movie star’s death has been grieved by millions around the world for more than two days now, regardless of the fact that no positive identification had been released by the Coroner’s office until Wednesday. It was reported that the Los Angeles County Coroner had completed an autopsy by Tuesday, but for hazy and unexplained reasons the office stated that the results were going to be put on security hold until further notice.

The autopsy report was released Wednesday, without clear mention as to the specific reasons behind the delay. In addition to the questions about what caused the results to be kept secret, there are also conflicting reports about what the results infer. Some reports suggest that the autopsy corroborates the notion that Rodas, and not Walker, was the driver of the vehicle, while other reports state that it isn’t conclusive who was driving the vehicle at the time it burst into flames. Despite conflicting reports, the Coroner’s office has stated that it believes Walker to have been the passenger of the vehicle at the time of his death.

The Los Angeles Sheriff’s office has stated that there is presently no evidence to suggest that a second vehicle was involved in the events. Reports have also discounted the notion that drag racing was a factor which contributed to the incident which presumably caused Walker’s death.

The Coroner’s office has gone on to suggest that it believes both deaths to be accidents. This is information that is debated among conspiracy circles, whose members do not seem satisfied with the answers they have been presented thus far regarding the cause of Walker’s death.

The autopsy has achieved one of the central issues, which was a positive identification, and has stated that it will release additional information as it becomes available. Toxicology results are expected to be made available sometime over the following eight weeks. Ed Winter, the Coroner on the case, stated that Walker died from a combination of traumatic injury and heavy burns, while Rodas died of traumatic injuries. The toxicology results are sure to provide additional facts to help understand whether or not any other factors might have contributed to the deaths of Walker and Rodas.

In the meantime, however, the Paul Walker conspiracy theories continue to abound, now being fueled on by what appears to be conflicting evidence. Some of the most hotly discussed topics are centered around what exactly it was that caused the car to burst into flames in the first place. Speculation is rampant as to potential motives for conspiracy, along with other theories which highlight things like cartoon foreshadowing and eerie movie titles.

Some of the more eclectic theories aside, the most coherent debate raging in cyberspace seems to be focused around what exactly it was that caused the fiery destruction of the vehicle. There are three key pieces of evidence that seem to be at the center of this angle. TMZ released a video which some of the conspiracy circles claim shows a projectile hitting what is presumed to be Walker’s vehicle, which shortly thereafter explodes into flames.

The TMZ video appears to be one of the first solid pieces of evidence to surface regarding the explosion of the vehicle in which Rodas and Walker were found. The cyber debates appear to focus around what it was that is shown as a bight object descending at an angle towards the ground just before smoke began to rise. The most popular opinions seem to be that either it was a projectile-like object which played some causal role in the following explosion, or that it was a falling light post presumably hit by the vehicle.

There are some key details to take note of in the video. First, take note of the position of the sun. The shadows are cast towards the camera location and not away from it. Taking this into consideration, the brightness of the falling object, whether projectile or light post, cannot be a result of reflection.

Also interesting to note is that shortly after the smoke begins to rise, there is a very sizable explosion which sends actual flames high enough to be seen from the camera position. In essence, while the camera cannot see the actual vehicle, the flames of the explosion rise high enough to be clearly visible far above the height of the car.

Now take a look at the final resting place of the vehicle from which two bodies, now finally identified as Roger Rodas and Paul Walker, were pulled.

Interesting points being discussed in the wild world of conspiracy point also to the condition of the tree next to where Walker and Rodas’ vehicle came to rest.

What can bee seen immediately is that the car has been severely charred and some of the ground upon which it came to rest appears to have been somewhat burned as well.

What is not understandable is why the tree seems only to have sustained impact damage, and does not show significant fire damage.

Considering the size of the fireball visible in the TMZ video, the near pristine condition of the leaves on the tree where the car came to rest, has been one area that has theorists asking questions.

Finally, there has been a new video which has just recently surfaced, from which tape from a security camera appears to show the effects of Rodas and Walker’s vehicle striking and knocking down a light pole, a tree, and finally coming to its final resting place before black smoke begins to rise from the wreckage.

The newly released security footage appears to show the effects of a vehicle careening into and knocking down a tree and light pole before coming to rest at another tree. After the impact shown by the final tree, black smoke appears to rise from the wreckage.

The video, which is admittedly edited, purports to show the events surrounding the crash of the vehicle from which Walker was eventually pulled. A comparison of the newly released footage with that of the TMZ footage appears to show some contradiction, which have piqued interest in conspiracy circles. The smoke which rises from the wreckage in the TMZ video, and the subsequent explosion seem to be billowing in the opposite direction to the smoke shown in the newly released and edited video.

This apparent contradiction in evidence has conspiracists motivated to look deeper into what caused the explosion. The question now arises as to whether the huge explosion and fireball, which is seen clearly on the TMZ video, happened before or after the vehicle came to a complete rest.

To add fuel to the fire, Antonio Holmes (who knew the victims), stated to People, “For that car to disintegrate the way it did, speed, of course, but something went wrong and it put them at an angle to the curb.” He went on to say, “There’s not a shadow of doubt in my mind that it wasn’t driver error.” This statement is sure to stoke the flames of conspiracy already raging through the dynamic environment of cyberspace.

The two videos may also spark two possible debates. One the one hand, conspiracists opine about why the leaves are in pristine condition if the massive explosion occurred after the vehicle came to its final resting place. On the other hand, the crowd suggesting that something other than a light pole is what’s being depicted in the TMZ video, are latching on to these new apparent discrepancies to fuel their desire to research any potential conspiracy.

At present, there has been some progress by the Los Angeles Coroner’s office regarding the autopsy, but many questions appear to remain, especially in the fringe world of conspiracy theories. Questions are being asked in cyber-space about what caused the explosion, what prompted the delay in the autopsy report, what motives might exist in support of foul play, and on and on the questions go. For now, while some definite answers have been released regarding identification and preliminary cause of death (toxicology results not weighing in), the Paul Walker conspiracy theories are latching on to what some suggest is conflicting evidence.

Time, additional information, and an ongoing investigation may eventually bring to light answers to settle the raging disputes, but until then the waiting game continues.