Planet Has Been Discovered That Should Not Be There 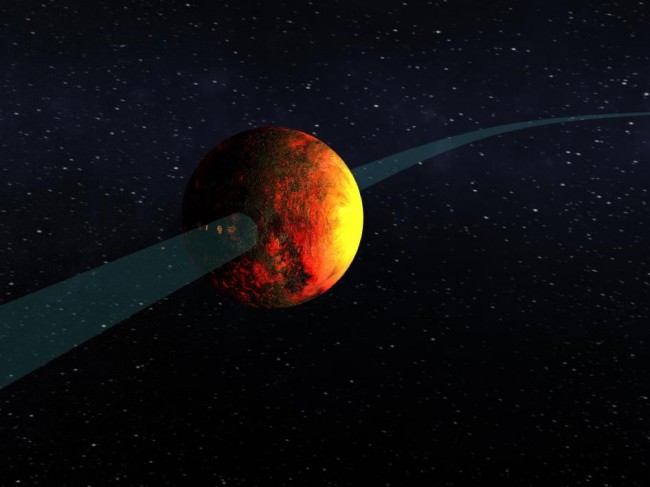 A planet has been discovered that should not be there. Astronomers have discovered a planet so strange that they say it should not even be in existence. It orbits its personal star at such an astonishing distance; it is causing some theories of planetary formation to be destroyed, stated researchers. It is unlike anything that is in our solar system.

The planet has a mass almost 12 times the size of Jupiter and an orbit over 650 times larger than the distance between the Earth and Sun. This newly discovered globe, with the “exciting” name HD 106906 b, is throwing quite a blow against existing planet formation concepts.

Research leader Vanessa Bailey stated that the planet is especially fascinating because no prior model of such a planet exists which can start to explain what it is that they are seeing. But she admitted that astronomers are extremely puzzled by the planet’s presence.

Bailey explained that scientists have always believed that planets which orbit too closely to stars have been created from dust, gas and debris from asteroids that enclose a fledgling star. They also thought this process was much too sluggish for tremendously large planets to be able to form so far away from a star in space.

The researcher and her associates’ have done much examination on the orb HD 106906 b, and all of it has been accepted to be printed in The Astrophysical Journal.

The planet known as HD 106906 b does not merge with any leading planet formation theories at this time. It is too far from its central star to have been created from any striking asteroid bodies when the star was first coming to life. The planet itself is much too large to have come from vapors in the ancient disk of its personal star.

It could have formed from a binary star system. These are made when two neighboring gas clumps collapse independently of each other and create stars. However, the stars are near enough to one another to apply gravitation attraction on each other and are bonded together in orbit. It might be possible that in HD 106906’s case, both a star and planet individually collapsed from clumps of gas, but the planet’s antecedent clump was hungry for material and was unable to become a star.

Bailey and her fellow researchers who have studied HD 106906 b and its sun believe the above scenario  is what might have happened, but they know it is just one theory.

The new planet is estimated to be about 13 million years old so it is considered young in space terms. It is still lightened from the remaining heat of its creation. In comparison, the Earth is believed to be around 4.5 billion years of age. This is about 350 the times of HD 106906 b. The high temperature that shows up from its formation is able to be seen from the Earth as ultraviolet energy. Researchers were able to use infrared cameras and also Magellan telescopes that are located in Chile to capture the planet’s imageries.

Since the planet was discovered in an area of space that has been watched before by other scientists due to another object, there is a lot of data to be found on that region. But even so, the discovered planet is so strange, it should not even be there.