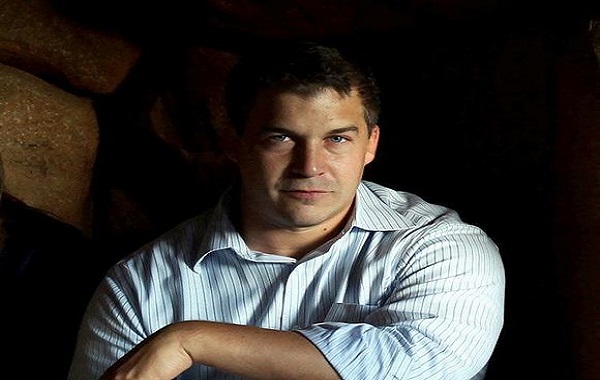 Mega church founder, Isaac Hunter, found dead after committing suicide. The 36-year-old leader is the son of Joel Hunter, pastor of Northland Church. Isaac is the founding pastor of the well-known Summit Church in Orlando, Florida.

Hunter resigned from the church he founded in November 2012. He decided to step down after admitting to other pastors within his organization that he had engaged in an affair with one of the staff members. Hunter’s wife, Rhonda, soon after filed a domestic violence petition against the pastor stating he was suicidal, unstable and erratic. She also claimed that Hunter was a drug and alcohol abuser who had several guns in the house.

Hunter denied the allegations of being a danger to his three children or abusive to his wife. He and Rhonda had been married for 13 years; Hunter filed for divorce in October 2013.

Hunter founded Summit Church in 2002; a ministry that was birthed out of the youth ministry at his father’s church. He started Summit with only 300 members and it became one of Central Florida’s fastest-growing churches. Summit currently has five locations and a congregation of about 5,000 members.

Court documents revealed that family members found an undated suicide note from Hunter to his church leaders. The note stated that he would very much like to be remembered as a person who loved his children, parents, brothers and best friends. Then it added, “Well, while I could.” The note continued with Hunter stating that he fears he will love them better in his absence. He said he felt like he had become what he never wanted to be; a burden to those he loves the most.

According to Charisma magazine the suicide note was written in April 2012; before Hunter’s 35th birthday.

Many counselors say that the Christian culture creates the perfect breeding ground for depression. Most pastors feel obligated to suffer in silence; either unable or unwilling to get the necessary help.

Being a pastor is a very stressful, and often, high-profiled job. It’s easy to see how it can send one down the road to depression when not managed properly. The bar is usually set so high for these men and women, who are usually people-pleasers, that they are easily frustrated feeling like that will never live up to the standards associated with ministry.

A pastor is like an ER doctor that parishioners expect to be available 24/7. Often this is also the fault of the pastor for not establishing clear boundaries; hence creating an environment that makes it almost impossible to admit that they are human.

Frustration without an outlet turns into feelings of hopelessness and failure. Suicides are born out of the lack of support that pastors need in times of personal crisis.

Members of Hunter’s former church were notified by email on Tuesday of his death. The email was sent by Darling Murray, coordinator at Orlando’s Summit Church. She stated that they were saddened beyond words and deeply devastated upon learning of Hunter’s demise. She also stated they are praying for Pastor Joel, his wife Becky and the rest of the family and encouraged the members by telling them they will walk through this together as a church family.

A statement was also posted on the website for Northland Church saying confirming Hunter’s death and offering words of sympathy. The statement by one of Northland’s pastors, Vernon Rainwater read:

By now you may have heard that Pastor Joel and Becky’s son, Isaac Hunter, died today. All of us are grieving for the Hunter family, and we will deeply miss Isaac. Words cannot express the sorrow we’re feeling. We love this family and are so grateful for the impact they have had on each of our lives. I have loved Isaac since he was a child, and I know that Isaac loved Jesus. And we are assured of his continuing relationship with Christ now in heaven.

This sad news comes on the heels of several pastors who have fallen victim to suicide within the last couple of months. It seems that this tragic ending is plaguing many of today’s spiritual leaders.