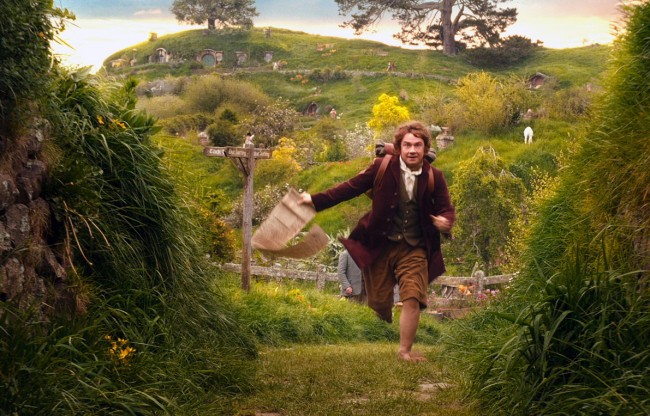 As we all know the recently released movie from the series of three, The Hobbit: The Desolation of Smaug, scored at the box office, bringing in a top amount of $8.5 million on its opening day (in select markets, internationally) on December 11, 2013. But as the movie continues to make big bucks with the release tomorrow the filmmaker, Peter Jackson is already looking towards the third movie as he vows to make a deeper, darker sequel as The Hobbit begins moving forward.

When the first movie was set to begin it was meant to be released as two films about the beloved book created by J.R.R. Tolkien but as time continued it was somehow turned into three movies that follow the story of the book, but also add some flare from the filmmakers hopes for three great and lengthy movies. While some viewers were not happy about this move, Peter Jackson defended himself by stating, “We are consciously trying to deepen the characterizations and conflicts without straying too far from Tolkien.” Many movie goers, however, are excited about The Hobbit being a trilogy and are now, even after the just recent release of the second movie, excited about the details that have been released about the third and final movie.

The final movie entitled The Hobbit: There and Back Again has already set its release date for July of 2014, although talk has been made about the movie possibly changing its release date to December. According to the filmmakers the movie will be about reference to Bilbo Baggins book in order to encompass the same spirited adventure of the first two Hobbit movies but also allowing it to incorporate actors and actresses from The Lord of the Rings movies. Filmmakers believe that this is the perfect way to sum up the series while tying The Hobbit movies to Peter Jackson’s trilogy The Lord of the Rings.

As The Hobbit is moving forward many extras have been created for the enjoyment of Hobbit fans everywhere. In November Google Chrome announced an application where fans could explore the locations of The Hobbit. Users could select a location from the Trilogy, explore and view the location, learn about the location’s history and more. As the film continues to film locations more locations are said to be added in the future. The app works in Chrome on computers, tablets, and smartphones.

There is also a website where fans can experience the landscapes of many of the films locations in Aotearoa New Zealand. The site states, “You can experience a range of activities and tours related to The Lord of the Rings and The Hobbit Trilogy in New Zealand. Our knowledgable and laid-back hosts will help you make the most of your adventure. Even if you’re not a film buff, you’ll be amazed and inspired by what you’ll see and learn,” on the homepage of the site. You can also find facts about New Zealand, find lodging, and select destinations to visit in New Zealand.

And, of course, for all of the gamers out there video games have been released based on the series trilogy since 2003, with the new video game exploring Middle Earth in a kid friendly version, The Hobbit LEGO which is said to be released next year.

Indeed, many preparations have been made for the release of The Hobbit: The Desolation of Smaug, and now many preparations are being made as The Hobbit moves forward. Movie goers can now get their tickets to see the second part of the trilogy but remember to keep an eye out for all things related to The Hobbit as the filmmakers begin work on the third and final movie.

For more information on apps for The Hobbit see the sources below.

One Response to "The Hobbit Moving Forward"