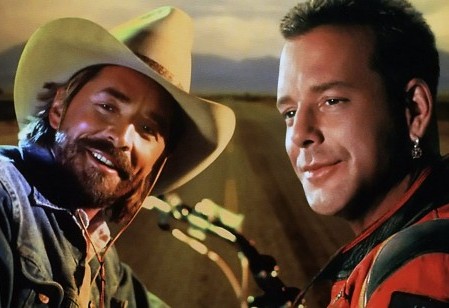 Eric Lawson, who portrayed the Marlboro Man on advertisements from 1972 through to 1981 joins the legacy of death which has already claimed several lives. The actor died of chronic obstructive pulmonary disease (COPD) which resulted in respiratory failure on January 10; he was 72. Lawson’s wife, Susan, relayed that he died in their California home.

Lawson started acting professionally on television in 1973 with an uncredited role in The Don is Dead. Eric went on to play many smaller roles in some of the most popular shows on television. Baretta, Charlie’s Angels, The Waltons and Walker: Texas Ranger were just some of the TV shows that he worked on.

Eric Lawson also worked on several films over that time period, the last being Totally Baked: A Pot-U-Mentary a 2007 action comedy film. After being injured on a western film set, Eric stopped acting. His death at age 72 makes him just one more fatality of the Marlboro Man legacy.

Lawson is the latest in a substantial line of models and actors that worked on Marlboro cigarette commercials who died from smoking related illnesses. David McLean, David Millar, Dick Hammer and Wayne McLaren – whom Philip Morris, the makers of Marlboro, denied was ever a “Marlboro Man” per se are some of the other male performers who have died from smoking related illnesses.

Although there have been a large amount of men who died after appearing as the Marlboro Man in advertisements that started life in the late 1950’s and gravitated from “manly types” to cowboy types. One of the first Marlboro “men” was non smoking Max Bryan “Turk” Robinson who was recruited at a rodeo. Philip Morris are quick to point out that Robinson is still alive and well in 2014.

The Marlboro Man advertising campaign moved away from using actors early on in the process as they were not convincing enough as “real” cowboys. Several rodeo riders were used with varying degrees of success. This reliance on genuine cowboys caused the popularity of the cigarette brand to leap, starting in 1955 and by 1957 the company’s sales grew by 300 percent.

One of the most “authentic” figures to portray the Marlboro Man was Darrell Winfield who was a ranch-hand when hired to step into the boots of the cigarette cowboy. The man looked so real that the creative director was slightly afraid of him. His success as the Marlboro Man, he wore the hat and boots for 20 years, made it difficult for the company to find a replacement when he retired.

Eric Lawson was one of the few actors who was hired later because “he looked the part.” Lawson had been smoking since the age of 14. After appearing in the cigarette ads, the actor took part in an anti-smoking advertisement on television that lampooned the original Marlboro Man commercials. Eric also took part in an interview on an Entertainment Tonight segment where he talked about the health issues related to smoking and the negative effects.

Susan Lawson spoke about how proud Eric was about participating in the interview despite the fact that he was still smoking. She also said that Lawson continued to smoke right up to when he was told he had COPD. She explained that even though he knew that the cigarettes were killing him, he could not stop as they had such a “hold on him.”

Eric Lawson is the most recent victim of the Marlboro Man Legacy, dying of respiratory failure from COPD. He was 72 years-old when he died on January 10, 2014. The working actor was survived by his wife Susan, six children, 18 grandchildren and 11 great-grandchildren.