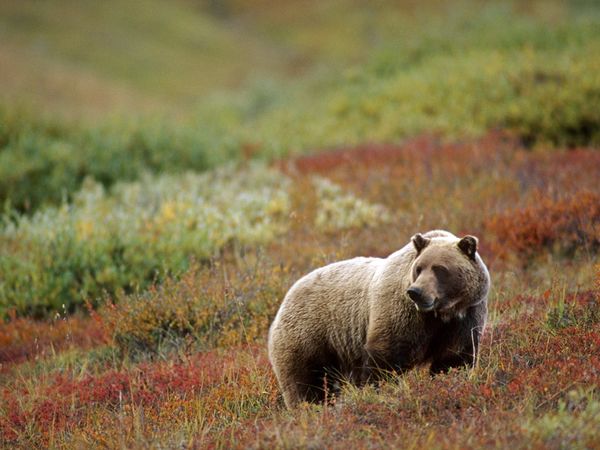 Recent studies have found that bears in the Canadian Banff National Park frequently use highway crossings in search of prospective mates. The crossings were originally put in place to allow wildlife to continue travelling in the forest around the fenced highways and reduce the number of wildlife-vehicles collisions. Banff has a total of 44 highway crossings, consisting of 38 underpasses and six overpasses and since their construction, Parks Canada has found that wildlife-vehicle collisions in Banff National Park were reduced by 80 percent. The Wildlife Collision Prevention Program estimates that in Canada, there are four to eight large animal vehicle collisions every hour. Large animals consist of moose, elk, wolves, lynxes, cougars, deer and coyotes. When collisions between these animals and vehicles occur, it can sometimes be fatal for all parties involved.

The new study, carried out by Ecologist Mike Sawaya, along with the Western Transportation Institute at Montana State University, has found that animals often use the crossings which enables them to roam freely in their territories to forage, hunt, or in the bear’s case, find new mates. Researchers collected hair samples from the Banff National Park’s highway crossings to see if the bears were isolated on each side or using the crossing effectively, for example, to find mates. They found that black bears, as well as grizzlies, were indeed using the crossway to find food as well as mates. Using a parentage test, 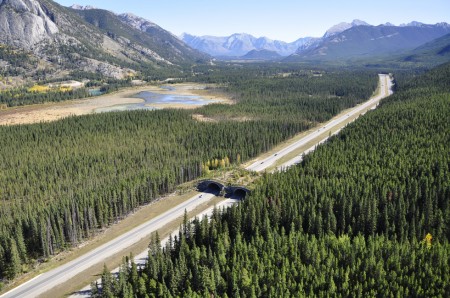 researchers found that 27 percent of grizzlies that used the highway crossing had successfully bred, along with 47 percent of black bears. One black bear in particular, mated with five other females while travelling back and forth on the crossing and fathered 11 cubs. Sawaya comments that the male has figured out that the crossing has given him new breeding opportunities and is taking advantage of it. Before the crossings were constructed, ecologists were concerned that the bear population would start to become inbred. Without new mates, bears would have no choice but to breed inside smaller circles, causing less diversity and weaker genetics.

Getting the bears used to the idea of highway crossings takes money, time and patience. The crossings are no small endeavor as the overpasses can cost upwards of $2 million – $4 million to build and landscape. However, the underpasses are cheaper at roughly 10 percent of the cost of the overpasses. The bears in Banff National Park took their time to adjust to the crossings as researchers estimate that it was roughly five years before the bears to began to use them frequently. The time and money that has to be put into crossings has made some doubtful on whether they should be implemented in other national parks. Sawaya strongly believes that they have proven to be effective and are worth the price by saying “we’ve given enough evidence now to show that they work.” Many agree with Sawaya that if the Banff National Park bears use highway crossings to find mates, and the highway crossings reduce wildlife-vehicle collisions, as well as encourage healthy mating amongst bears, then the $2 million – $4 million is worth it. The Traffic Industry Research Foundation estimates that wildlife-vehicle collisions cost roughly $200 million a year in Canada alone and can also have severe consequences by endangering some species, thus affecting biodiversity in the parks – not to mention the severe injuries and fatalities suffered by drivers annually.