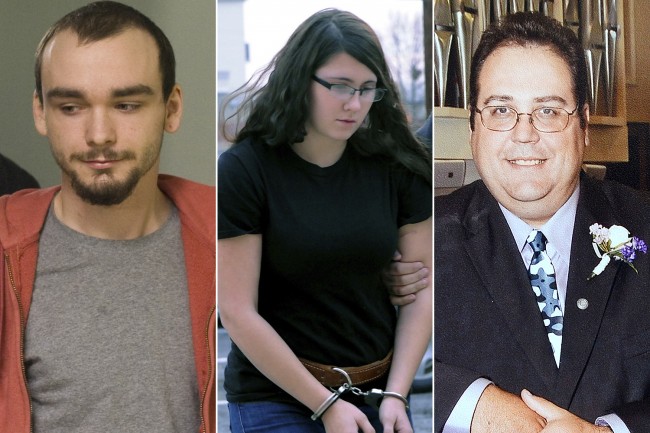 The instances of female serial killers are extremely rare. Miranda Barbour makes the claim that she killed people from Alaska to North Carolina. Barbour was arrested in November, along with her husband Elytte, after a man they met on Craigslist was brutally slain by the couple, the accused killer has admitted to at least 22 more victims.

Barbour made these claims to a local paper the Daily Item. In it she stated that she began killing when she was just thirteen years old and has victims in California, North Carolina, Texas and Alaska. She also made the claim that she was molested from age 4. The Sansbury Police Chief, Steve Mazzeo, told the Daily Item that these claims were being taken very seriously and that the FBI had been notified. He also stated that the department was working closely with other states about this matter.

Female serial killers are rare, so much so that Roy Hazelwood of the FBI is quoted as saying “There is no such thing as a female serial killer.” While they are rare, experts now agree that Hazelwood had it wrong, the crimes do take place. Female serial killers, unlike their male counterparts, generally pick people who are close to them, either physically or emotionally. Also the depictions of sex with the victim either before or after their death are quite rare with female killers.

According to Psychology Today, a female serial killers career can last a lot longer than their male counterparts. They also have an average of nine victims. Barbour is claiming to have slain at least 22 victims, with the young man from Craigslist being the accused killers last victim. Barbour wants to be put in jail, she told reporters that if she is let go she will kill again, and that she has a desire to kill. The Psychology Today article suggests that female serial killers are actually a lot more common than people think. According to the article while female serial killers are still not as common as male killers, a woman is more likely to kill multiple times than just one time.

While she offered very little detail to the press about killings, the police department is investigating and cooperating with the proper authorities to determine whether there is any veracity to her claims. With her latest victim, Barbour stabbed the six-foot-two inch man while her husband strangled him. In an interview with the authorities, Elytte Barbour said that they wanted to kill someone as a couple, which is why they took out the Craigslist ad.

One Response to "Craigslist Accused Killer Slayed at Least 22"