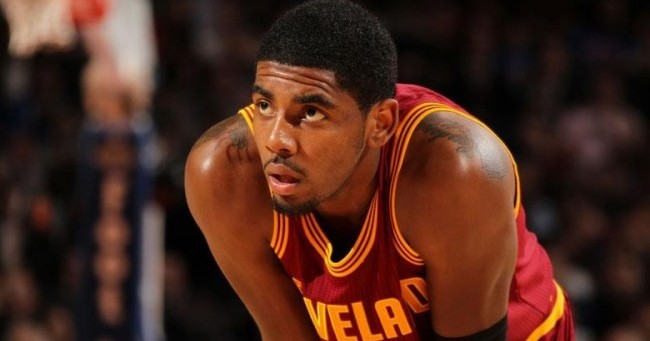 In the 1987 NBA All-Star Game littered with stars such as Julius Erving, Moses Malone, and Larry Bird; the West outlasted the East in an explosive scoring contest that saw the two teams combine for 303 points. The stars may be long since retired, but the 2014 All-Star Game did not need their help to become the highest scoring ever, as the East and the West finished with a total of 318 points.

The raw point output was not the only record set on Sunday. The East, who managed to win the game by the score of 163-155, scored more points than any team has ever put up in an NBA All-Star Game previously. The sheer number of three-point attempts (100 of them in all), also set a record. The previous record was 71 and lasted all of one year. The West alone shot 16-56 from beyond the arc and both categories also stand as current records. Carmelo Anthony himself hit eight three-pointers, breaking the previous record of six set back in 1993.

In short, the highest scoring NBA All-Star Game ever featured plenty of action and did not disappoint those who tuned in looking for excitement. Kyrie Irving of the Cleveland Cavaliers took home the Most Valuable Player honors, scoring 31 points and distributing the ball masterfully for a game-high 14 assists. Irving shot a remarkable 14-17 from the field, including converting all 11 of his field goal attempts inside the three-point line.

Other standout efforts came from the West’s Kevin Durant and Blake Griffin, both of whom broke out for 38 points; a mark that currently sits tied for third among the highest scoring individual All-Star performances ever. Durant also pulled down 10 rebounds and attempted a whopping 17 three-point attempts, four more than Anthony needed to set the All-Star record for three-pointers made. Anthony himself scored 30 points, while fellow Eastern Conference superstar Lebron James added 22 points of his own to help the East prevail in the end.

The West actually took a 13 point deficit to the locker room with them at halftime and even trailed by as many as 18 at one point in the game. Thanks to a strong finish, capped off by a 10-0 run to end the game, they were able to battle back and put a stop to what had been a three-year losing streak coming in. Had the West held on and won, it would have been the first time in All-Star Game history one side had put together a four game winning streak. Perhaps that result would have been more fitting on a night that spelled doom for so many previously existing records.

If there is a downside to the fanfare of the 2014 NBA All-Star Game becoming the highest scoring affair ever, it would be that the excitement came at the cost of defense, something the league is already criticized for often already. To put things in perspective, the two teams combined to shoot .558 from the field, a number that is significantly higher than the league average of .451. Since the game itself is just an exhibition contest however, it seems easier to simply sit back and appreciate the impressive scoring display and stunning acrobatics.