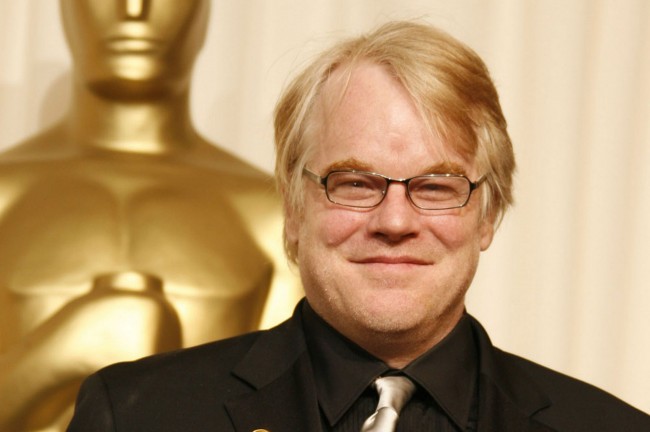 High profile celebrities gathered in Manhattan today for the private funeral of Philip Seymour Hoffman. Guests, and all who appreciated the work of the Academy Award winner, gather to say goodbye to an icon, and a friend. With another untimely drug-related death, an exploration of how powerful the desire for drugs and alcohol can be serves as a lesson in how alcoholism and addiction work. While Philip Seymour Hoffman defies all heroin addict stereotypes, his road to an alleged overdose death offers insight into the life of someone addicted to mind-altering substances.

As defined by The National Institute on Drug Abuse (NIDA), addiction is a brain disease, chronic in nature, characterized by relapse, compulsive drug seeking, cravings, and harmful consequences in every area of an addict’s life. A person is said to progress from abuse to addiction when substance use is obsessive, and is no longer in the person’s control. It continues despite negative consequences, like the loss of a job, a relationship, or of one’s health, and when denial keeps a person drinking and using. A major component of addiction is a physical and psychological dependence upon one, or many, chemicals, such as alcohol, heroin, cocaine, marijuana, or prescription pills. Heroin, and painkillers designed to mimic the opiate drug’s effects, are among the most difficult substances to quit once abused, and especially after dependence and addiction, have occurred.

For Philip Seymour Hoffman, the road to addiction began more than two decades before his untimely death. Prior to reaching his current level of fame in the entertainment industry, Hoffman completed an inpatient rehab program for poly substance abuse. When clean and sober, he went on to book his first television spot as Steven Hanauer on Law & Order and his first film role, the part of Klutch in Triple Bogey on a Par Five Hole, all in 1991. With sobriety underway and an acting career beginning, Hoffman moved beyond his drug addiction and defied all heroin addict stereotypes.

Fast forward 23 years and everything changed in the life of Philip Seymour Hoffman after production of the film, The Master, in which he played the role of Lancaster Dodd. According to a TMZ report, Hoffman was offered an alcoholic beverage at the film’s 2012 wrap party. To join in the celebration and to toast the end of hard work on the film, and the optimism for success of the movie, Hoffman accepted the drink. Although he had stayed away from alcohol and all other mind-altering substances for 23 years, he decided to toast and drink with the film’s cast and crew. For people who understand addiction, this is a pivotal moment in the story that ended with Philip Seymour Hoffman’s death on Sunday, February 2, 2014.

Even though heroin has been revealed as Hoffman’s drug of choice, for an addict, any substance can trigger the brain’s memories and cravings. As described in Addiction Treatment Magazine, the term “substitute addiction” applies to Philip Seymour Hoffman’s experience. What is reported via TMZ is that one drink lead the actor to several drinks at the 2012 wrap party, and a quote from Hoffman about how those few drinks “opened the floodgates” to his return to prescription opiate painkillers and then to heroin. While Hoffman did go through a 10-day detoxification process last year, Hoffman did not complete a formal substance abuse treatment program.

In the case of Cory Monteith, who died of a heroin overdose in 2013, rehab did not work either. A majority of Americans expressed similar shock and disbelief, but as BBC reported, the people who knew Cory were not surprised by the news of a drug overdose. With his squeaky-clean, good-guy image from his role as Finn Hudson on the television show, Glee, Cory did not look the way people believed a heroin addict would look. When director Josh C. Waller was casting the role of a drug addict in the film, McCanick, he told the Los Angeles Times that Cory Monteith did not have the look of a drug addict and would therefore not be believable to the audience as one.

As stated by Josh C. Waller, the public’s idea of a heroin addict is small, emaciated, and “teeny,” and consequently, the portrayal of one on screen needed to fit that description. BBC quotes John Marsden, a member of the addiction psychology department at King’s College London, describing the main misconceptions of a heroin addict as non-wealthy, socially excluded, emaciated, and needles sticking out of one’s arm. He goes on to say that the lifestyle of a heroin addict dictates his or her appearance, not the drug itself. If all available money is spent on the drug, and therefore, very little food is being consumed, the emaciated and “thin and gnarly” look accompanies, but it is not directly from the use of heroin. When financial despair is not part of the equation for a heroin addict, the outward appearance and impression given off can be entirely different, not fitting the stereotypes at all. The term “junkie” does not apply, and a person like Hoffman or Monteith can “often sleip under the radar,” as phrased by Marsden.

In the case of Philip Seymour Hoffman, the stereotypes are further challenged because he was not thin, emaciated, broke, stealing to support his habit, or really experiencing any negative life consequences as the result of his drug use. Instead, Hoffman, a heroin addict, who was booking work, appearing in the most recent Hunger Games films and Happyish, a film now in post-production, and carrying on relationships with costars and other members of the entertainment industry. He did not look like or carry on the lifestyle of a heroin addict, yet on Sunday, February 2, 2014, Philip Seymour Hoffman joins the group of successful Hollywood performers whose life has been cut short by a broken commitment to recovery each and every day.