Stress for US Teens Rivals Adults 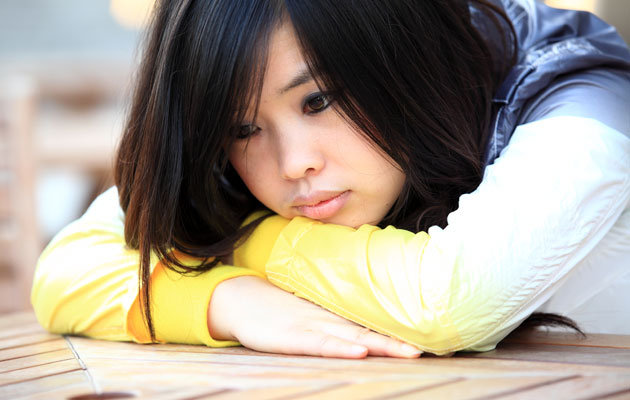 Stress for American teenagers rivals that of adults, according to a recent study by the American Psychological Association (APA).  In Stress in America™: Are Teens Adopting Adults’ Stress Habits?, Harris Interactive Inc. surveyed 1,950 adults and 1,018 teenagers between August 1 and August 31, 2013 on behalf of the APA to determine whether or not teenagers are taking on the stresses of their adult counterparts, and the results were surprising.

Some stress in life is important, as it helps people to be competitive, achieve goals and generally survive.  In fact, without some stress in daily life, the human race would truly not survive, as stress offers a degree of stimulus for the human brain.  In fact, all animals have a stress response, and in some cases, this stress response is life saving.  What many doctors say is that should the stress response go on for too long, it becomes unhealthy and that’s when medical intervention may be required.

As it relates to school, many teenagers say that the stress they experience seems to highly outweigh what they believe to be a healthy level of stress.  A third of teens reported that there was sufficient enough stress in their lives that they felt overwhelmed, and an equal third said they felt sad or depressed.   Not surprisingly, only 13 percent admitted to feeling stressed in the summer months, while this number climbed to 27 percent during the school year.

Teens also reported that their stress level was ranked on average at 5.8 out of a possible 10, compared to the adults’ 5.1 out of 10.  In noting that stress for US teens is comparable to that of adults, Tim Conway, who heads up the guidance department at Lakeland Regional High School in Wanaque, New Jersey, says that teens do not feel they can escape the stress when they get home, and in some respects, social media is responsible for that sensation.  Family situations can also play a role.  Conway also says that he has seen an increasing number of students coming in to his department with issues revolving around personal anxiety or depression.

Roughly a third of teens are also experiencing sleeping issues because of stress, and as can be expected, this stress habit is mirrored in adulthood.  In fact, the APA’s chief executive Norman Anderson, a clinical psychologist, says that their survey findings resulted in the discovery that many stress behaviors, such as lack of sleep, disinterest in responsibilities or activities, and higher anxiety, begin as early as adolescence for many.

Part of the pressure could be balance, according to school counselor Dave Forrester, who works at Olympia High School in Olympia, Washington.  He says there could be students who are trying to balance their schooling while playing three sports and working at a job.  Forrester suggests that discussing the issue of balance with teens may head off any issues with stress as they approach adulthood.

Stress for US teens rivals that of adults, but stress is necessary in order for some degree of survival.  Forrester suggests that in discussing the issue of balance in students’ lives, it’s possible that some stress behaviors may be avoided altogether as the teens head into adulthood.  However, psychologist Michael Bradley says that parents who try to completely rid their children of any sort of stress are diminishing the resiliency that their children may have in facing future problems.  The trick, Bradley suggests, is knowing what level of stress is truly appropriate.

2 Responses to "Stress for US Teens Rivals Adults"