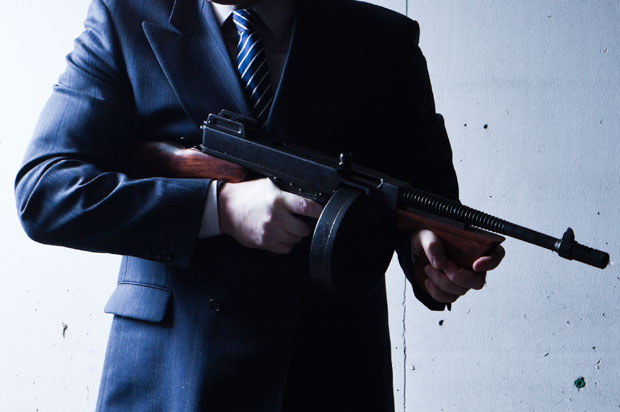 St. Valentine’s Day 1929 is perhaps the most brutal and unforgettable day in American history. This day is a celebration of love, kindness and beauty, but what transpired in 1929 was inhumane even in the crime world. The cold-blooded murders of seven men of the Moran gang left the entire nation confounded. Moreover, it opened up wounds that will never be healed. Films have been made about the St. Valentine’s Day Massacre, books written and research undertaken, but the massacre remains shrouded in mystery to this day.

The story of St. Valentine is in itself an enigma. There are many myths and legends surrounding his life and times. According to some historic accounts, he was a poor Roman physician who had a miraculous healing touch. He treated the poor for free, and he himself was a poor man.

In other accounts, St. Valentine was the priest who defied the orders of Emperor Claudius II Gothicus against performing marriage ceremonies. The emperor believed that Rome needed perfect soldiers with few or no familial ties so they could perform well in battles.  Marriage for the emperor and Roman senators was considered an impediment so by an imperial decree, he decided to do away with it. But St. Valentine did not adhere to this imperial edict, so he was imprisoned. In prison, he fell in love with the blind daughter of the jailer, and sent her a note. Legend says she regained her eyesight. St. Valentine was prosecuted Feb. 14.

Much later, Pope Julius built a basilisk over St. Valentine’s grave and ordained sainthood on Valentine. Pope Gelasius I declared Feb. 14 as St. Valentine’s Day, in 496 AD. Originally, it was a religious celebration of one or more Christian saints named Valentine, and the modern connotations of love and romance were added much later on by poets. The original St. Valentine may be the stuff of legends, but the massacre of St. Valentine’s Day in Chicago in 1929 was very much a reality.

Historians have two different accounts concerning Valentine’s Day. The first one is the myth of Cupid, the son of goddess Venus and the mortal Psyche. Venus, jealous of their love, forbade Psyche to look at her handsome husband. Psyche, after all her will and efforts, could not help but steal a glance at her lover. Venus, therefore, ordered her to perform three chores and Psyche died while completing the third. Cupid brought her back from death and in view of their great love for each other, the gods granted Psyche immortality.

The other account is that of the Roman feast of  Lupercalia. This feast was held in Rome to honor the god and goddess of fertility.  During the festivities, Roman maidens wrote their names on a chit and deposited these pieces of paper in a large container. After that, all unmarried men were asked to pull out a chit from said container and they courted and chose the maiden whose chit contained her name. The custom was to bear the chit on the sleeve so that everyone could see the name. The origins of the phrase, “to wear one’s heart on the sleeve,” supposedly come from this practice.

The St.Valentine’s Day Massacre 1929 in Chicago defies all these legends, but is as mysterious as the original accounts. The main characters of that fateful day were Machine Gun Jack McGurn, Al Capone’s guard, and his mistress and future wife, a blonde minx named Louise Rolfe. Al Capone was the man held responsible for this heinous crime,  but a thorough re-investigation of the case absolved him of the murders. The crime was said to have been committed by a gang called American Boys, who dressed as policemen. In many ways, the massacre heralded the beginning of the end of Capone’s saga in Prohibition-era America.

The official flower of St. Valentine Day is the crocus, and the official color red. This year, to add to the celebrations of the day, Rockstar Games has released GTA V, St.Valentine’s Day Massacre, in remembrance of that long-ago dark day in Chicago.