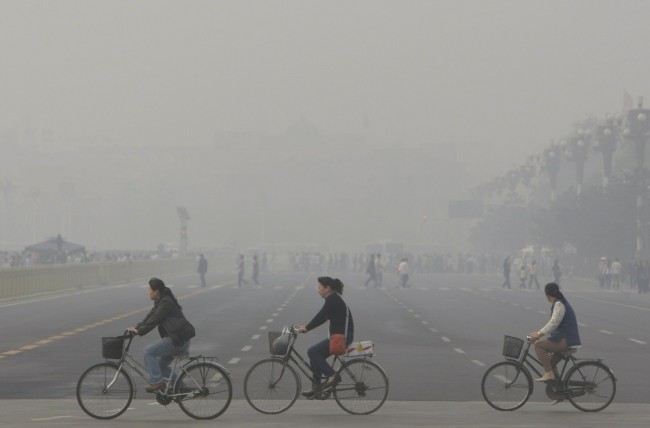 Poor air quality is bad for everyone. However, air pollution is especially bad for babies, because it has been proven to cause irreversible gene mutations while in utero. These mutations can greatly diminish the child’s capacity to learn and develop properly.

A new study conducted in China at the Columbia University and Chongqing Medical University demonstrated a direct link between children who were conceived and raised near a pollution-producing, coal-fired power plant and gene mutations, which greatly reduced the neurological development of those children when tested at age two.

The coal-fired power plant in question was located in Tongliang, near Chongqing City, China, which at that time had a population of 800,000 people. After assessing the dangers associated with operating the power plant, it was closed in May 2004, but by that time quite a bit of damage had been done due to the excessive air pollution. The power plant had been pumping carbon dioxide, particle matter, sulfur dioxide and heavy metals into the air at a rate of 2,000 micrograms per cubic meter of air, which is eight times higher than allowed by United States emissions standards.

When researchers received word that the plant would be closing, they scrambled to put together two test groups from Tongliang, one consisting of babies born prior to the plant’s closure and then later a second group born after the plant closed. Researchers wanted to study blood samples from both groups in an effort to assess the extent of damage the air pollution from the power plant had caused and to determine if there was a link to gene mutations in babies.

In 2002, the first test group was comprised of 150 non-smoking mothers and their newborn babies. The other group of mothers and children was from 2005. Maternal blood and umbilical-cord blood samples were taken from both groups when the children were born. Children were later tested at two years of age to assess neurological development using tests such as muscle coordination, name recognition, the ability to turn the pages in a book, climb steps unassisted, stack blocks, language skills, and the ability to compose a three-word sentence.

The studies showed shocking results.  Babies that were born prior to the air-pollution-producing power plant’s closure showed significant deficiencies in their ability to learn, and in memory skills. In addition, these children showed lower levels of protein in cord blood samples, which is essential for proper brain development. “I wasn’t anticipating such a clear difference when we compared the first and second groups,” said Deliang Tang from Columbia University. “This shows how much of an impact effective policies can have on local populations.”

These findings only serve to show further proof of the air pollution crisis in China. Thankfully, studies such as these have caused outrage among the country’s citizens, so much so that leaders have been forced to become more mindful and protective of the environment people are living in.

Sadly, the effects of gene mutations in babies directly linked to air pollution could be passed along to future generations and “have a long term impact,” according to Liming Bao, Professor of Pathology at Dartmouth College’s Geisel School of Medicine in Hanover, New Hampshire. “Damage to cells is hard to reverse, and it’s not something that can be switched on or off.”