Crimea Crisis: Is This the Beginning of World War III? 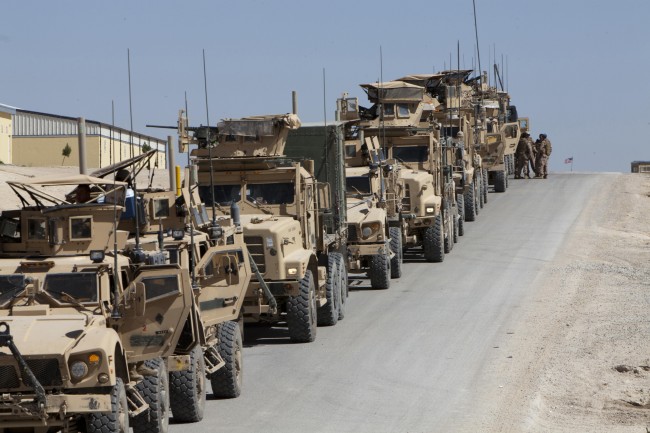 The scuffle between Russia and Ukraine over Crimea has been the topic of discussion in most countries all over the world. However, the recent involvement of the United States is set to increase tension between the warring parties. The lukewarm relationship between Russia and the U.S. dates back to the era of the Cold War. According to analysts, the recent Crimean crisis could mark the beginning of a looming political, social and economic stand-off.

The crisis leaves so many people wondering whether this tiny peninsula is worth the fight or not. There is no doubt that Russia wants to own Crimea due to economic reasons but on the other hand, President Obama’s administration does not seem to like that idea. The wealthy peninsula is known for its great beaches suitable for tourism, strategic seaports and potential gas reserves, therefore explaining its significance to Russia.

Despite the frequent sanctions and threats from Obama’s administration, nothing seems to stop Russia from taking over Crimea. The threat of military action is imminent and Russia seems to be prepared for anything even if it means courting its allies against the U.S. To prove a point, Russian troops allegedly invaded Ukrainian airbase located in Belbeck city, Crimea. This comes just a few hours after President Obama issued a stern warning against further intrusion into the disputed land.

Such daring actions by President Vladimir Putin may as well create the right platform for confrontations between the two countries and worse still, the Crimean crisis might spread to the rest of the world and become a huge threat to international peace. While Russia continues to threaten Ukraine, the U.S. is watching keenly and waiting for the right moment to strike. Apart from occupying Crimea peninsula, Russia seems to have a different agenda that can be settled only if the U.S. is involved. With that said, there are high chances that what started as simple threats like the ones issued during the Cold War might soon escalate into a full-blown military action between the three countries.

In Africa, Nairobi has had bitter relations with Kampala over the ownership of Migingo, a tiny but rich island off the shores of Lake Victoria. The battle for Migingo was at its peak in 2011 when Ugandan soldiers were reportedly sent to guard the island, which is less the size of a standard football pitch. This was followed by a series of threats between the two countries and to date, the real owner of the island is yet to be identified.

The Crimean crisis is quite similar to the ones witnessed in Ceuta, Aksai Chin, Doi Lang and South Kuril Islands. Another issue of great concern is the latest reports that Iran is making a giant replica of U.S. aircraft carrier. The satellite images captured near the southern city of Bandar Abbas could damage the feeble relationship between the U.S. and Iran despite the ongoing talks. There is rising suspicion between different nations all over the world and in cases where military big-wigs like the U.S., Iran, China, Germany, UK, North Korea and Russia are involved, defenseless territories such as Crimea could be the starting point of  a full-blown war.

11 Responses to "Crimea Crisis: Is This the Beginning of World War III?"