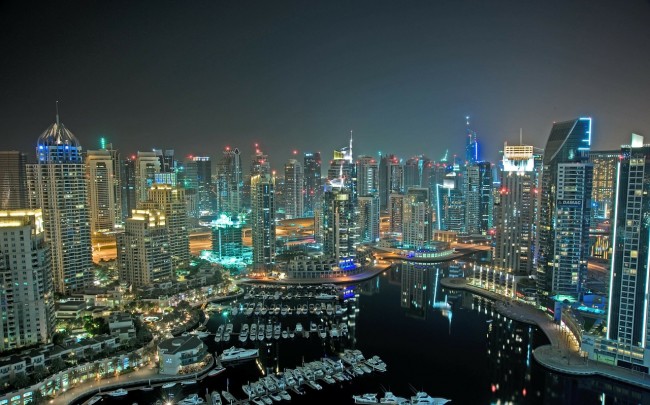 Drowning in debt, Dubai has received a financial lifeline to refinance $20 billion of its government debt owed the United Arab Emirates and its capital, Abi Dhabi. The emergency loan that comes due this year was issued during the 2009 financial crisis, when Dubai’s real estate market collapsed.

Dubai, one of seven emirates in the UAE, received another five years to repay the loan at a 1% annual interest rate. Dubai owes a total of $142 billion in debt, equivalent to 102% of its gross domestic product, according to the International Monetary Fund. Some $35 billion of the total belongs to the government or is guaranteed by the government. About $60 billion comes due between 2013 and 2017, according to the IMF.

Dubai’s market crashed as oil, its lifeblood, peaked. At the same, development of the world’s tallest building, the Burj Dubai at 818 meters tall was nearly completed. The skyscraper broke ground in 2004, as oil prices were rising, and opened in 2010. Historically the development of the world’s tallest buildings coincide with market tops right before an economic storm hits, according to Dave Harder and Janice Dorn, M.D., Ph.D.

“The next thing to look for in regards to the history of tallest structures correlating with market tops may well be Azerbijan,” Harder and Dorn wrote in their book, Mind, Money &  Markets. “(It has) plans to build the tallest building in the world after the Kingdom Tower, which is to be built in Saudi Arabia.”

As Dubai is drowning in debt, ripples from the 2009 debt crisis still limit lending in the emirate. The banking sector remains saddled with non-performing loans, according to an IMF report published Oct. 5, 2013.

The UAE’s debt-to-gross domestic product ratio has declined from a peak of 23.4% in 2010 to 14.6% currently, according to Trading Economics. Investors prefer to see a country’s debt-to-GDP ratio as low as possible because the lower it is, the more likely it will be able to repay its loans. It reduces the country’s borrowing costs and government bond yields.

The UAE is very technically advanced relative to all industrialized countries. However, its stock market is considered a frontier market because it has a smaller market capitalization and less liquidity compared with more advanced emerging markets.

The MSCI All United Arab Emirates Index, measuring its stock market performance, has gained 12% year to date and a mind-boggling 72% in the past 12 months, as of March 14, according to MSCI. It has rallied 35% annualized the past three years and 25% annualized over the past five years.

The UAE has outpaced both developed and emerging foreign markets for the past five years. The MSCI EAFE Index, measuring foreign developed markets, fell 3% year to date while returning 10% in the past year. It has increased 4% and 14%, annualized over the past three and five years.

The MSCI Emerging Markets Index plummeted 6% year to date and 11% in the past year. It lost an average of 6% annually the past three years. On a five-year basis, emerging markets has returned 12% annualized.

Dubai’s has to contend with higher borrowing costs as it will need $7 billion to develop infrastructure to host the World Expo in 2020. This will surely deepen the extent to which Dubai is already drowning in debt.

3 Responses to "Dubai Drowning in Debt"