Severity of Autism Linked to Gene for Brain Evolution 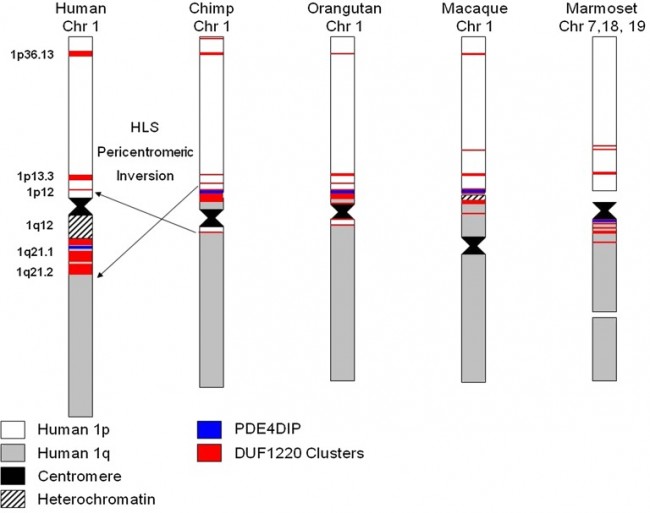 From genome studies, scientists feel fairly confident of the following: the attributes within the genetic coding and therefore brain development of humans, which are responsible for quicker and greater brain evolution (than in other primates and mammals) are the same attributes responsible for neurological disorders such as schizophrenia and autism. What this translates to, essentially, is that rapid growth is linked to possible gene mutation. The risk we run of being the “superior” species is that of more variations in our basic code. If one thinks about this in terms of computers it almost makes sense. The more code a program involves, the more complex it may be, the more functions may be performed, and the more room there is for errors in code writing, or in the breakdown of that code.

Parents generally love their children no matter what. To say something is an error is only a suggestion of a variation from the norm, which may have negative repercussions. The error is in the code, hence “something” is an error, and not “someone.”

Just as having a neurological disorder has repercussions, so can other specific traits, such as personality type, aggression levels, physical appearance, and so on. It is important for families to understand that reporting an “error” in genetic material is not equivalent to lowering the worth of the individual they love, who, because they are unique, will have positive traits and attributes specific to them.

A crucial factor in the development of brain size in humans and other primates has been found to be a particular protein labelled DUF 1220. The gene family that encodes this protein, DUF 1220, is referred to as NBPF. One of the most marked genomic changes particular to Man is the rapid duplication of this protein within the NBPF genes. This has been so specific to humans as a race (Human Lineage-Specific or HLS) that the increase in this protein’s dosage in man is now widely accepted as the reason behind the greater evolution in the human brain over other mammal brains.

Chimpanzees are the primate most closely related with Man. To give an indication of how crucial the amplification of DUF 1220 is, it is useful to know that chimps have 102 copies of DUF 1220, whereas Man has 272. This is, in part, why primates are referred to as our ancestors. There likely are multiple factors in our differences, including environmental influences, but one can assume that as the chimp’s amplification of DUF 1220 causes it to eventually reach a copy number of 272, the chimp will be, if not the same as a human, extremely close to being like Man is now (by then, what will Man be like?).

To try and understand how all this is linked to autism (labelled ASD, for Autism Spectrum Disorder) or indeed other neurological and cognitive disorders, it is important to note an area on an NBPF gene called the 1q21.1 region. This region of the genome exhibits a vast difference in chromosomal structure to the genes of other primates and mammals. The 1q21.1 has undergone marked enlargement due to the copy number increases at the chromosomal level, specifically, the copy number proliferation in the DUF 1220 protein. As chromosomes grow longer to accommodate more genetic material, they are more prone to structural changes to do with their actual shape.

If one pictures a small fibre, it is much more difficult to maintain a bent position within the fiber than in a much longer one. One cannot easily kink or knot a short fiber, whereas there is much more “play” with the greater surface area of a long fiber. People with autism have even greater excesses of DUF 1220 within their NBPF genes, making some of their chromosomes even longer. Essentially, ASD, schizophrenia and other related disorders might all be attributable to the same growth responsible for our evolution as the “superior” race.

Dr. James Sikela, who teaches in the Department of Biochemistry and Molecular Genetics at the University of Colorado’s School of Medicine, has been working for years on identifying DUF 1220 and its subtypes, as this relates to both the evolution of the human brain as well as brain developmental disorders. This most recent study specific to ASD was led by Jack Davis, PhD, whose son is autistic. The study, which Sikela is also a part of, has been very personal for Dr. Davis, who says results show ASD is caused by an excess of a particular subtype of DUF 1220.

There are two things to consider, which scientists have yet to identify. First, which DUF 1220 subtype or subtypes is responsible for autistic tendencies? Second, what other factor(s) plays a role in causing one individual to be autistic and another not? As with many things, researchers have found there are other individuals (not autistic) who have similar chromosomal excesses of the protein, so there is an as-yet-unidentified factor at play. That said, this latest find is extremely significant, and is the confirmation of work done in the past by Sikela. It means researchers are that much closer to finding the key to unlock, if not yet autism itself, then its causes.