The Mistake No One Noticed About ‘Cosmos’ 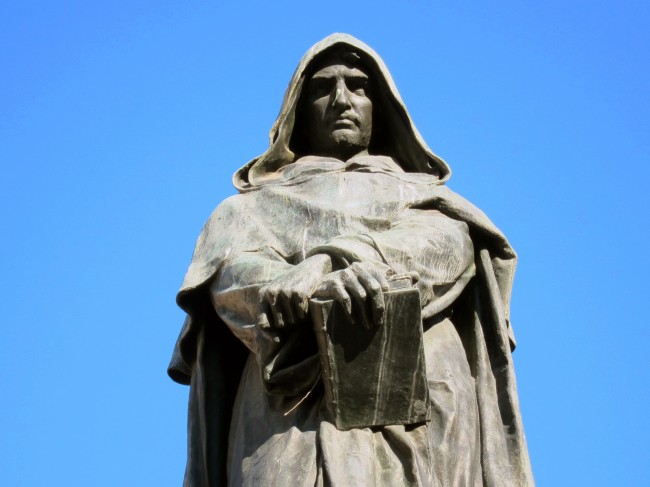 Cosmos debuted last Sunday, but the mistake no one noticed was about Neil DeGrasse Tyson’s portrayal of a science martyr, namely Giordano Bruno. While Carl Sagan was praising Hypatia of Alexandria as a person who brought value to the science community, the new Cosmos chose Bruno as an illustrious scientist who followed in Copernicus’ footsteps and was burned while defending his ideas, according to which the universe is infinite. However, the problem with this description is that Bruno was not the prominent, brilliant scientist that Tyson depicted. On the contrary, history shows that he was a mouthy philosopher who died because he did not believe in God, but led a wealthy life as a professor.

Although Cosmos acknowledges the fact that Bruno’s concepts about the universe were just a “guess,” the mistake no one noticed was that the idea of infinite space does not belong to him, but to Nicholas of Cusa, a German philosopher who lived one century before Bruno. Nicholas was the one to write about the notion of infinite space even prior to Copernicus, the renowned mathematician and astronomer and the reason why he was not killed by the church was reportedly because his theology was kept within the Catholic framework. Irrespective of how Cosmos transformed Bruno into a science martyr, history suggests that his interests were not physical, but theological. Bruno believed that Jesus was “an unusually skilled magician” and he questioned Mary’s virginity; he is depicted as an unlikable person and although he was burned at the stake ten years before Galileo Galilei confirmed that Copernicus’ theory regarding the universe was right, he was not necessarily killed because of his statements regarding science.

Cosmos portrayed Bruno as a poor and lonesome character, but history shows that he was professor of philosophy in Toulouse, France and then King Henry III himself offered him a lucrative lectureship at the Sorbonne. Bruno was not lonesome, either; some pieces of history show that he fled France after a violent dispute regarding the proper use of a compass and he sparkled controversy wherever he went.

Although Giordano Bruno is portrayed in Cosmos as a science martyr who died while stating that the universe is infinite, the rightful owner of Copernicus’ legacy is Thomas Digges, a leading astronomer who published the first English translation of Copernicus’ work and brought up the idea that the universe is infinite. Historians state that Digges was a Carl Sagan of the 16th century.

While the host of the new Cosmos, Neil DeGrasse Tyson chose Giordano Bruno as a science martyr, Carl Sagan chose Hypatia of Alexandria, also known as one of ancient Alexandria’s greatest thinkers and the first woman to study astronomy, mathematics and philosophy. She was dragged into a church and beaten to death, but her writings remain a milestone for astronomers. Letters from one of her students suggest that she was teaching them how to create an astrolabe, a sort of portable astronomical calculator.

Through Cosmos, Tyson offered Bruno a spot among the world’s greatest science people, but history points out the mistake that no one noticed about the science martyr chosen for the new show’s first episode, namely that his beliefs hovered around religion, not around science.

10 Responses to "The Mistake No One Noticed About ‘Cosmos’"