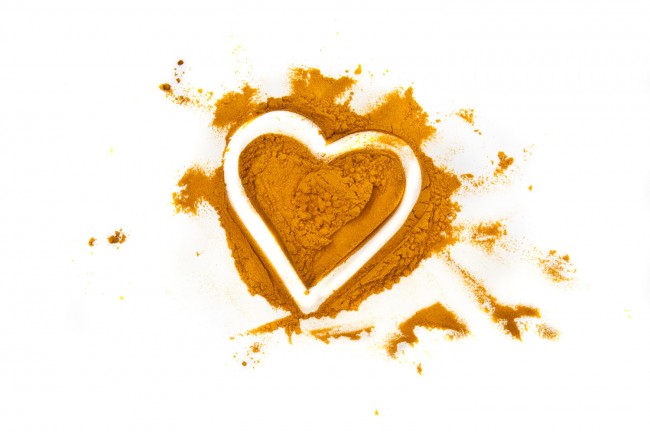 At a time when new guidelines have been issued for an increase in the use of statin drugs, patients may remain unaware of alternatives such as turmeric that can replace these medications and aid in the treatment of cardiovascular disease. Research behind the new guidelines suggests that they should be prescribed not only for elevated cholesterol, but also to prevent heart attack and stroke in those at risk. This could result in more than a 50% increase in use in certain populations. The new guidelines purport that statins should be used for many more patients, but there are more natural, highly effective and affordable treatments available.  The research and medical community is looking more closely at turmeric for a low-cost, low side-effect, but potently effective treatment for many different disorders including cardiovascular disease.

While statin drugs are generally considered safe they can sometimes cost up to $500 for a one-month supply. Turmeric on the other hand is much more affordable. The herb itself is cheap, does not require costly medical visits, and has very few side effects. While the use of turmeric is extremely safe, it can interact with medications or other herbal remedies, such as blood thinners,  and should be discussed with a doctor prior to beginning treatment.

Many medical professionals remain uncertain about the efficacy of treating potentially deadly conditions with a herb, but several studies have shown that taking turmeric can safely and effectively treat a broad spectrum of medical conditions.  A study published in 2009 in the International Journal of Biochemistry and Cell Biology found that the active component in turmeric is curcumin, the substance responsible for turmeric’s yellow pigment.

Numerous studies have proven that curcumin is a powerful anti-inflammatory that has anti-cancer, antibacterial, antiviral, analgesic and anti-oxidant properties, to name a few. The journal On Advances in Experimental Medicine and Biology identified turmeric’s anti-inflammatory properties as being mediated by regulation of multiple transcription and growth factors, protein kinases, inflammatory cytokines as well as other enzymes. Inflammation is not a proven cause of cardiovascular disease but may be indicative of artherogenic response, the development of arterial deposits.

The benefits of curcumin, for patients with heart disease and those with risk factors for cardiovascular disease, are a potential decrease in LDL (bad) cholesterol, decreased inflammation, and anti-coagulant effects. Turmeric is believed to effectively treat the factors that underlie atherosclerosis, supporting the idea that it could be used in place of statin drugs and as part of a well-rounded treatment for cardiovascular disease.

The journal Drug Research  found that curcumin has anti-platelet and prostacyclin modulating effects similar to those of aspirin, many doctors blood-thinning drug of choice. These effects are so potent that other blood-thinners including aspirin should be avoided when taking curcumin, because severe bleeding and bruising may result.

Initial studies on turmeric, which has been dubbed “the golden goddess” and the “Spice for life,” were performed on animals, leaving questions unanswered about dosing and effectiveness in humans. However, recent research has found encouraging support of the therapeutic results in humans being similar to those observed in animal studies. Despite curcumin being identified as the active component in turmeric, some sources suggest that it is better to use whole turmeric because it has anti-inflammatory properties beyond those offered by curcumin.

Mild side effects are experienced by some patients taking turmeric, including a decrease in blood pressure and blood-glucose levels; others such as upset stomach, heartburn, mild fever and delusions can occur, but only with extremely high doses. When turmeric is used for one disorder it can alleviate symptoms of others or prevent the development of some, including cancer. Other diseases that can be helped with turmeric include, but are not limited to, arthritis, Alzheimer’s disease, diabetes, multiple sclerosis, and cancer.

Turmeric has been used for thousands of years to treat various ailments and is just recently becoming the focus of research that could make it a popular treatment among health practitioners. The herb is more affordable, equally effective and safer than many prescriptions. Turmeric is a herb that continues to gain popularity among the natural health community, and may become accepted into mainstream medicine for its ability to replace statin drugs and its multimodal capacity to treat cardiovascular disease.