Marijuana Use Does Cause Brain Damage Says Study 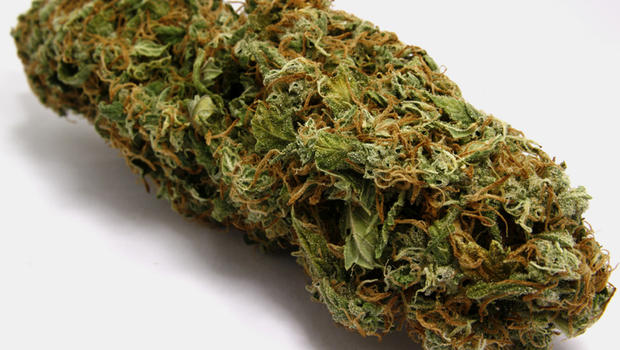 The debate on the negative consequences of marijuana use seem to go on and on with no conclusion in sight. Research released today, however, on marijuana use and the brain may bring the debate to a close, as it puts forth that the casual use of marijuana does indeed cause brain damage. The study, published on Wednesday in the Journal of Neuroscience, which was undertaken by psychiatrist and mathematician Hans Breiter from Northwestern University Feinberg School of Medicine, analyzed the correlation between casual marijuana use and structural changes in the brain. The conclusion: that even casual use among young adults was enough to cause significant brain abnormalities in two important brain structures.

The amygdala and the nucleus accumbens were the parts of the brain where the abnormalities were most prevalent. These two regions of the brain are responsible for processing emotions, making decisions, and motivation. Damage to these parts of the brain often yield some types of mental illness such as anxiety disorders, paranoia, bi-polar and depression, and Breiter argues that this is the part of the brain that, “you do not want to mess with.”

Breiter’s study involved a sample of 40 patients between the ages of 18 and 25. Of those involved, 20 were marijuana users and 20 were well-matched control subjects. Among participants that were marijuana users, there was a wide-range in usage of the drug, ranging from those that used the drug a couple of times a week to those that used it every day. What was found was the more often marijuana was smoked, the more the participants brains differed from the group of non-users.

With the use of magnetic resonance imaging (MRI), the researchers analyzed the brains of the individuals in the study, focusing on the amygdala and the nucleus accumbens, taking note of the volume, density, and shape of these areas. The researchers observed that for the nucleus accumbens, the volume, density, and shape, were all abnormal. With a rise in abnormalities as the amount of marijuana used increased. In the amygdala, there were abnormalities in the shape and density, with an increase in the volume with use. In comparison to the control group of non-users, the relationship between marijuana use and abnormal changes in the brain was undeniable.

The results of the research necessitate further studies on the long-term effects of marijuana use, explained Breiter, in order to find answers to questions like: what happens to users who stop using the drug, does early intervention make a difference, and how does the brain change over longer periods of time with sustained use?

Jodi Gilman, an instructor of psychology at Harvard Medial School and one of the author’s of the study, articulated that the findings are eye-opening and that this has major implications for young adults who do not consider the consequences of marijuana use. As a young adult, individuals are making major decisions in life, “when you are choosing a major, starting a career, making long-lasting friendships and relationships.” Generally speaking, people tend to take the impact that marijuana use has on these basic functional capacities of the brain as inconsequential, and tend only to focus on the benefits associated with the drug in regards to treating certain illnesses such as depression, cancer, and glaucoma.

Breiter stated that for young adults, as the brain continues to develop well into their 20’s and even into their 30’s, the fact that marijuana does cause brain abnormalities is of great concern. Breiter’s research is among the first of its kind to provide hard-hitting facts that demonstrate how marijuana use does in fact cause damage to the brain, which has been vigorously contested by individuals who tout only the positive benefits of the drug, and argue that the use of marijuana has no negative impacts on the brain.

Associate professor at Harvard Medical School, Staci Gruber, has performed her own research on the subject of marijuana usage and brain abnormalities. Gruber’s expressed that Breiter’s research is consistent with her own which supports that marijuana use does cause brain damage, saying that the evidence is only growing which substantiates long-held claims that use of marijuana, “in emerging adults is associated with differences in brain structure and cognitive abilities.” The significance of research such as this is not to demonize the drug, Gruber stated, or associate the drug with the same harmful effects as other more dangerous drugs like heroin and cocaine, but to bring awareness to the potential harms of smoking weed on the brain and emphasize that it is, “not quite the benign substance that people thought it was.”

In other research it was found that marijuana negatively impacts IQ points among regular users. Francis Collins, the director of the National Institutes of Health, asserts that there needs to be more recognition of these facts, especially in a political environment that is gradually growing more accepting of the drug and the movement to legalize it’s use expands.

In March of this year debate was hot over Governor Jerry Brown’s statement that, because he believes weed negatively impacts both awareness and motivation, he is not in favor of legalizing it in California. Brown argued that states like Colorado and Washington will reveal, in time, the ways in which marijuana legalization impacts not only the general population of weed users, but the youth population who will be able to access it more readily.

Colorado’s governor, John Hickenlooper, is already facing challenges with the marijuana usage among the youth in his state. As new surveys that indicate an increase among young individuals who are picking up the habit of smoking weed coincides with other research that evidences the particularly harmful effects of the drug on young brains which are still developing. The new research published today provides the public with facts that indicate how young minds exposed to marijuana could potentially be damaged, perhaps even permanently.

It is commonly acknowledged that marijuana has a negative impact on the memory receptors of the brain. Breiter explained that there were abnormalities in patient’s working memory, which is fundamental to everything that people do. He continued on to say that working memory is fundamental to everyday things such as planning things, being aware of ones environment, decision-making and most importantly proper judgement.

Given the young ages of the patients in the study, Breiter expresses concern that the brain abnormalities seen in the study could eventually cause substantial effects on a person’s brain development and behavior, and that these results should be a wake up call to others. The researchers do not mean the study to compare marijuana use to other harmful and life threatening substances that are legal, such as tobacco and alcohol; nor is it meant to take away from the beneficial uses of marijuana like treating pain in cancer patients, but certainly the hope is that the research will shed much-needed light on the subject of the drug and how, when used without caution, marijuana does in fact cause damage to the brain. It is important that the harms of marijuana use are not over-shadowed by the potential benefits of the drug, as the push to legalize it becomes more popular.

54 Responses to "Marijuana Use Does Cause Brain Damage Says Study"