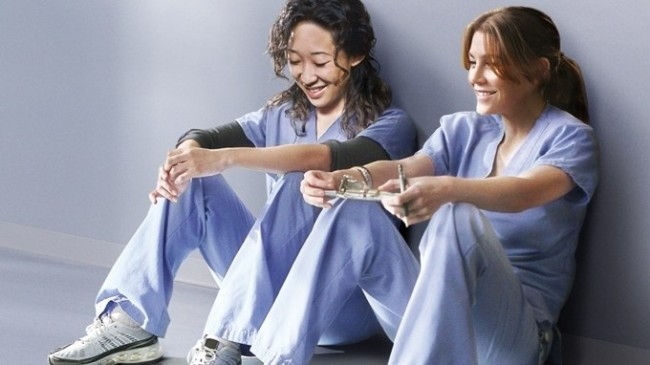 Season finale of ABC’s veteran drama Grey’s Anatomy was one of the most anticipated episodes, since the fans knew that they will have to say goodbye to one of the show’s original stars: Dr. Cristina Yang (Sandra Oh). The last episode of the season 10, was both emotional and stressful, with a few surprises.

Grey’s Anatomy season finale has divided its time into two parts. One part was Dr. Cristina Yang preparing to say goodbye and leave for Zürich, Switzerland, where she is supposed to take over Dr. Burke’s facility. The other part was focused on a terrorist attack, as a gas-main explosion at a Seattle Mall of the Woods sent dozens of injured people to the Seattle Grace.

Instead of heading off for Zürich, Dr. Yang returns to the hospital to help taking caring care of the victims. Because she is in surgery, Owen misses his opportunity to say goodbye to her. On the other hand, Cristina gets her moment of goodbye with Alex, as she finally admits that he is very, very good and tries to persuade him not to become Dr. Junior Butthole. After Alex questions her decision to have the young surgeon close, she defends Shane.

Cristina is preparing for her heart surgery, but Meredith tells her that there was no terrorist attack and pushes Yang out the door. Cristina says that none of this feels finished and that Owen and she split over something that has not even happened. She also tells Meredith that since George is dead and Izzie is gone, it was supposed to be her and Meredith and Alex, and now nothing is finished. Yang does not feel finished. Meredith turns out to be the strong one, as she explains to Cristina that she does not feel finished, because this is not the end for her. She adds that there is no finish line and that she just has to go. On her way out of the hospital, Cristina offers a simple and yet a heartfelt goodbye and a hug to Derek.

As Shane realizes that his teacher is leaving, he asks Cristina to take him to Zürich with her. He says that he wants to be in charge of his education and that he has chosen her. Cristina immediately says yes and Shane quits on the spot. It looks like a fitting conclusion for Shane and most likely, Cristina would have made the same decision. Before she walks out of the hospital for the final time, Yang is standing in the gallery and waves her farewell to Owen. The camera holds on each one of them and they both tear up before Owen returns to surgery. By the next time he looks up, Cristina is gone.

While Meredith is putting Cristina into a cab, her donor heart arrives, so Meredith forces her to let go. She tells Cristina that she loves her and that she has to call her when she gets there. Just as it seems like this is it, Cristina makes a surprise return to dance it out and says that this is how they finish. Before she finally leaves, Cristina gives Meredith a list of things which she has to do in her absence. “We will call each other twice a month. Take care of Owen. Take care of Alex and mock him. Do not get on any little tiny planes that can crash. Do not stick your hand in a body cavity that has a bomb in it. Do not get in the way of a gunman. Do not be a hero,” Cristina instructs Meredith. She also tells her that she should not let Derek’s wants eclipse what she needs. Yang says that he truly is very dreamy, but he is not the sun, because Meredith is. In yet another nod to their past, Cristina says to Meredith that she is her person and she needs her alive, because she makes her strong. After that, Meredith puts on their song Where Does the Good Go from season one and they dance it out the way that only the two of them can.

In the last scene of the season finale, Cristina finally arrives in Zürich. Her office is filled with photos of her Grey Sloan family. Shane comes to get her for a surgery and as she closes the door behind her, there is an inscription plate on the door: Dr. Cristina Yang, director of cardiothoracic surgery. After 10 seasons and more than 200 episodes, Dr. Cristina Yang’s dream finally came true

It turns out that Cristina’s last words help Meredith to bravely stand up to Derek, as she fights to stay in Seattle. He wanted to further his career and in order to that, he wanted them to move to Washington D.C. Meredith tells hers husband that she is tired of him always putting his career before her own. They have a big fight, which leads to one big cliffhanger of the season, since their future together now remains in question.

Throughout the Grey’s Anatomy season finale, we did not only see Dr. Cristina Yang saying goodbye, as there were some other surprises revealed. It looks like Dr. Margaret Pierce, Dr. Yang’s replacement at the hospital, has some daddy issues. She tells the Chief that she was adopted and that her late mother’s name is on the hospital. Most likely, she is the love child of Ellis Grey and Webber, which means that she is Meredith’s sister. In the middle of the chaos at the hospital, Jackson tells his mother that he and April are expecting a baby. Catherine helps talking her daughter-in-law out of her fear of the motherhood. After her research study is eliminated due to the budget cuts, Webber tells Bailey that she is a surgeon and not a lab rat. He reveals that with Cristina leaving, there is now an open position on the board. He recommends Bailey to take over the Cristina’s seat. However, what they do not know is that Yang left all of her shares of the hospital to Alex, including her spot on the board. It seems like Yang managed to set up a major clash between Bailey and Alex in season 11.

Grey’s anatomy season finale was packed with many emotional scenes, as Dr. Cristina Yang said her final goodbye to the show. Fans will surely miss her, but they are hoping that she will have some guest appearances throughout the show in the future episodes.