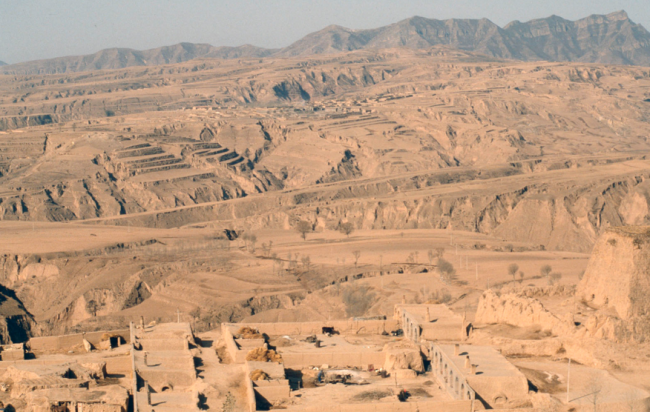 China is the most populous and possibly one of the most diverse nations on the planet, with a population of over 1.3 billion people and 56 ethnic groups. What each one of those people shares with the rest of the world, regardless of political, linguistic, economic, and existential differences, is the complete and utter dependence on the ability to find food. In China’s Loess Plateau, sustained generational farming had depleted the soil, leaving in its wake a textured landscape of dust. When winds came, the dust blew into cities, compromising air quality. In the rains, it washed down the valley, depositing more of the silt that gives the Yellow River its name. In 1995, scientists and engineers surveyed the land of the Loess Plateau in an attempt to determine what was causing the once fertile belt to be a thorn in the country’s. The results of their study led to an experiment in permaculture in China that offers hope to the world.

John D. Liu, Chinese American ecologist and documentary film-maker, documented the project in an award-winning film called Hope in a Changing Climate. In the film that Liu narrates, he reports that the first thing that the scientists discovered was a causal relationship between ecosystem destruction and human poverty. Where environmental degradation is severe, the population becomes trapped in a downward spiral. Because they needed to eat to survive, generational subsistence farming had stripped the land bare in the Loess Plateau. In search of food for themselves and their flocks, farmers and their families continued to deplete the fertility of the surrounding ecosystem, further impoverishing themselves. 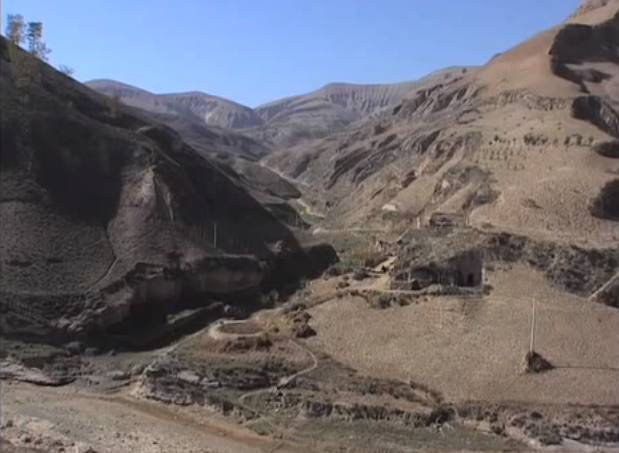 When scientists developed the plan to restore the ecosystem in China’s Loess Plateau, generational farmers had to be convinced that not farming was critical for their families’ long-term survival. To get buy in from the locals who did not understand how their families would eat if they were not allowed to farm, the government subsidized them and taught them how to do the work that would restore their land from a scarce dirt pit to a thriving ecosystem.

Around the world, populations are living a scarce subsistence lifestyle similar to the one that the citizens of China’s Loess Plateau used to live. The United Nations High Commissioner for Refugees (UNHCR) states that besides fleeing for personal safety, the basic need for food and shelter is the primary motivation for people leaving their homes and becoming displaced. If there were a stable food supply and supportive ecosystem, then the motivation for the world’s most vulnerable populations to move, would decrease. The UNHCR reports that competition for scarce resources triggers violence. If there were a way to restore resources so that people had food and a sense of power in their lives, the fuel for much of the world’s violence would be spent.

The permaculture experiment in China indeed offers hope to the world. Working with scientists, the local population terraced slopes, they planted trees, and they penned their herds so that the trees could grow without being eaten. Soon they found that their hillsides were green. Instead of letting the rains sheet off the mountains, the terraces collected the water and fed the delicate new roots systems, transforming the arid land into a booming garden. Liu reports that since he first visited the area in 1995, the people have seen a threefold increase in income and a profound sense of hope and empowerment.

By changing their behavior, the people of the Loess Plateau restored their environment. The land responded to their care. The vegetation they planted on the tops of hills trapped the water into the soil. Plants began to grow again, and nutrients began to accumulate in the soil. Animals returned to feed and find shelter, and they benefited the healing ecosystem.

According to Liu, plant soil sequesters three times the amount of carbon that tree leaves do, so, based on simple math, planting vegetation benefits the environment. It also provides food. Greenhouse gases decreased as photosynthesis absorbed carbon. What was once a wasteland is now verdant and productive. New crops fill green houses and markets are bursting with produce.

Beijing University Professor Cai Mantang says that the Loess Plateau project made a double contribution. First the project was successful in restoring vegetation on a large scale, creating food and reducing carbon gases. Secondly, Mantang notes that with the ecosystem so much improved, the area has built up an intrinsic capacity to more successfully resist the negative effects of climate change.

An unidentified person in Liu’s film had this to say about the role of increasing the yield of trees to combat climate change, “Climate change is better withstood with trees. You know humans,” he said, “No matter how intelligent we are, no matter how much capital we have, with all our technologies, we are helpless in the face of climate change.”

People have only just begun to see the value of real natural capital. Surely investing in the recovery of damaged environments is a cost-effective way of dealing with many of the problems that we face today.

Achim Steiner, was Executive Director of the United Nations Environmental Programme when the film was made. Liu shared the findings of the experiment with Steiner. About permaculture, the head of the world’s most influential environmental planning body asked. “Why don’t we invest an equal amount, if not more, into a shovel-ready technology, so to speak, which is nature’s way of sequestering and stored carbon?” According to Steiner, doing work now to support ecosystems will go a long way toward ensuring food security, water security, and biodiversity. Stein said that permaculture would be a responsible way to respond to all of the benefits that humans receive from nature and take for granted.

Liu and his supporters hope that the success of the experiment in the Loess Plateau in China offers a guide for environmental challenges around the world. Permaculture is a very simple concept that has the potential to solve problems on a global scale. Permaculture makes it possible to rehabilitate large-scale damage to ecosystems, reduce biodiversity loss, and mitigate against flooding, drought, and famine. It has also helped to ensure food security for populations that are chronically hungry. Instead of sending bags of food and cases of weapons into areas stricken with famine and violence, it might make sense to consider transferring capital, technology, and training that would empower local people to restore their environments.