Hepatitis C: Warehousing Those Who Are Living With a Death Sentence 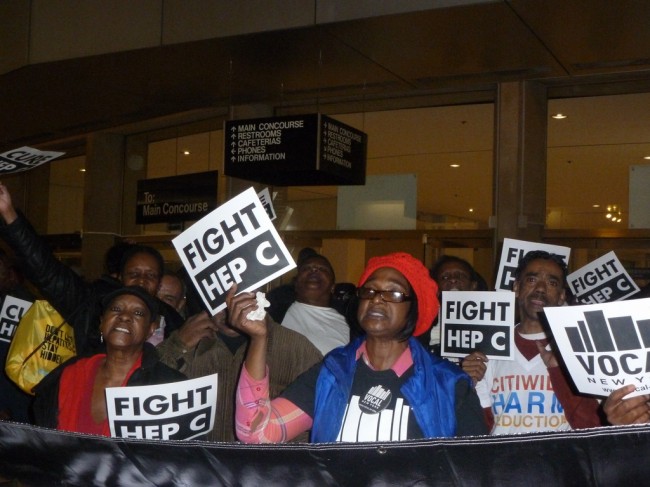 Hepatitis C affects over three million Americans. One of those millions is Ed Keller. Ed Keller was not an intravenous drug user, nor did he have unprotected sex. Ed did not have any blood transfusions. What Ed realized was that he contracted when he worked at his mom’s medical office during the summers in the late 1970s and early 1980s. This was a time when there were no red hazardous waste bags, and no professional wore plastic gloves that are now part of the scheme to protect health care professionals and regular citizens from inadvertent contact with infected blood sources. This was before Ed would be put in limbo and warehoused while awaiting treatment, living with an unknown as to when, but still knowing he awaited a certain death sentence from the disease.

What Ed remembers was taking out the trash, which contained needles from vaccines, vitamin shots and injections for all sorts of ailments. One of these (or maybe several) needles must have pricked his arm or hand without Ed even realizing it. In fact, it would be over a decade before Ed would even realize that he was ill, and had contracted this deadly disease. In the decade that passed, Ed’s liver enzymes were acutely elevated, his liver was swollen and scarred, so scarred that it looked like the liver of a stage 4 alcoholic. It would be another decade before Ed tried any treatment.

Ed, like so many patients, was in an endless holding pattern, being warehoused by his doctor, yet forced to live with a death sentence and not knowing when or if there would be a successful hepatitis C treatment for him. The doctors call this holding pattern patient warehousing. There are thousands of patients with this deadly disease across the country waiting for the various trials to be completed and a new combination of medications that will work for their particular case. The doctors who are running the trials discuss specific trial design challenges and efficiencies. In terms of study groups, doctors do not want to include too many acutely ill patients, or any patients who are at the extreme margins of hepatitis C. These are the patients who will benefit greatly from the treatment, but who may encounter adverse effects from the treatment, including liver toxicity, and these patients might cause difficulties in getting the medication licensed and approved.

What the doctors want for the trial is a pristine group in the beginning. Then once the medication is approved by the FDA, those patients being warehoused or waiting for the treatment, will get the drugs because these patients are the ones who have the greatest need, the best promise for full remission of the virus and are motivated to undergo and complete treatment. Some doctors try to run parallel studies with a pristine group of patients and a second sicker group of patients, but only after the first phase of the drug trial is complete. The doctors and the pharmaceutical industry is concerned that if there are too many adverse reactions or adverse patient events during the study, or if there are repeated incidents of drug toxicity, the drug will be pulled from the market and the drug will be canned. So everyone moves cautiously, and the patients wait.

Besides the patient and doctor waiting on the best or next treatment that will work, they must evaluate and make other considerations. For anyone attempting to undergo this treatment, it is crucial that there be a primary caregiver and this cannot be the patient. The treatments all tend to be almost worse than the disease and make the patient very ill. Almost all develop “brain fog,” have extended memory loss, suffer from headaches, anxiety and irritability, muscle and body aches, fatigue, nausea, vomiting, anemia, insomnia, fever and chills, influenza-like symptoms, hair thinning or loss, muscle and body aches, and jaundice. The reason it is important for there to be a caretaker as it is critical that the medications and the right kind of foods and diet, and rest and certain hours of sleep and attention to developing or worsening depression or anxiety are being address by someone other than the patient.

Ed’s first attempt at treatment in 2001 was the loathsome interferon injection treatment. Ed had to inject himself three times a week with interferon. The rate of success with this treatment in 2001 was 40 percent, with a 50-90 percent chance of relapse once the interferon injections were stopped. After each injection, Ed was violently ill, would vomit and have fever and chills, prolonged insomnia and severe depression and anxiety. Ed only lasted on treatment two weeks, as he developed the unusual side effect of suicidal ideation. Both Ed and his treating physician felt that the risk was not worth the possible cure, which at best was an only 40 percent chance of viral clearance. 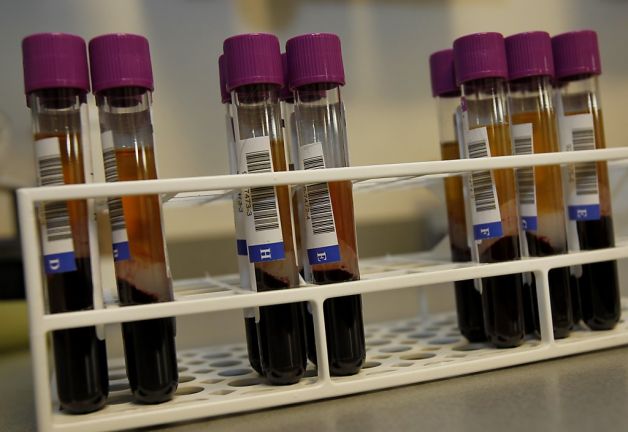 Between 2001 and 2012, Ed continued to research the new and developing treatments for Hep C. Ed regularly had his blood drawn to determine the progress of the disease, and had a liver biopsy to determine the level of fibrosis in the liver and provide his physician an assessment of histology; both important factors to consider in the management and treatment of the disease. In 2012, Ed was placed on the then current treatment cocktail of interferon injections (once per week), Ribavirin (six capsules, three each twice a day), and Victrelis (two capsules, four times a day). Due to the various risk factors, his genotype and a compromised liver, it was determined that Ed would be on this treatment regimen for a total of 48 weeks, a month shy of a year.

Treatment was a commitment, but Ed knew if he could successfully complete treatment, he would gain at least ten years to his life and possibly more. Ed completed treatment in August 2013. His viral load is zero meaning the virus can no longer be detected in his blood. Ed’s liver enzymes are greatly reduced, and his liver had a yearlong respite while on treatment. While the treatment does not eradicate the virus, it is dormant, and there is a high probability that Ed has kicked the disease for good. That means there is one less patient being warehoused while the newest Hepatitis C treatment medication is developed, tested and marketed, and one more person who escaped a probable death sentence or at the least an earlier death.

2 Responses to "Hepatitis C: Warehousing Those Who Are Living With a Death Sentence"