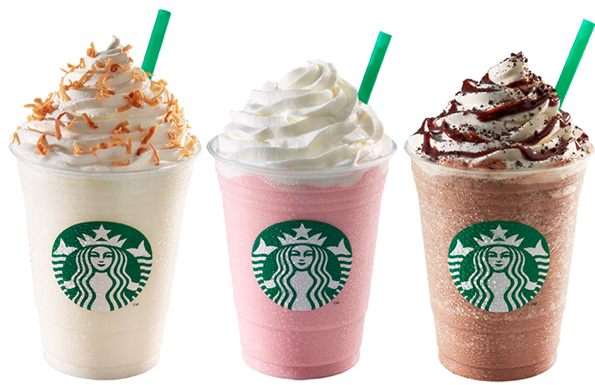 Starbucks has created an unhealthy trend for children to now begin drinking coffee at a young age. The vast amount of Starbucks locations makes it easy for kids to find the closest branch to them to get their daily caffeine fix. Starbucks is the trend for young children as it makes them feel cool and grown up to be seen sipping from a Starbucks cup. However, this is a very unhealthy trend as it has caused children to slowly begin an addiction to coffee at a very young age, which is harmful to their health.

Starbucks attracts young children not only with the hip vibe they feel when they order their custom drink and have their name called out, but by all the “fluff” they put in their drinks to essentially hide the coffee. Starbucks is barely a coffee shop as all of its drinks have more calories than a McDonald’s happy meal and the flavor of coffee is nonexistent due to all the syrups, whipped cream, and spices added. However, this is why their drinks are dangerous for children. Young girls will order the latest mint chocolate chip frappuccino because of the picture showing it topped with whipped cream, chocolate chips and syrup. However, even though it is hard to taste through all the added sweetness, the coffee is still very much present and can be ignored when ordering a tasty drink.

Children should not be exposed to coffee at such a young age as the caffeine levels are much too high for them to tolerate and can lead them down a bad caffeine addiction later in their adult years. Starbucks has exposed children to coffee and has created this unhealthy trend for them. Caffeine has been proven to be bad for children in a number of studies. One of those studies includes a position paper written by the American Academy of Pediatrics, which stated that high caffeine amounts are not suitable for children. Another study discovered that 75 percent of children had caffeinated beverages everyday, and this resulted in much less sleep for those children. Some studies also show evidence that if a child has a pre-existing anxiety disorder, caffeine will only make that disorder worse.

When caffeine is consumed it is absorbed by the tissue in the body and leads to a higher heart rate and blood pressure. Caffeine will also cause a change in attention span, difficult sleeping patterns, and mood swings. One of the more physical changes caffeine can have on children is its effect on growth in a child. Since caffeine is a stimulant it can alter the child’s appetite. This means it could curb the child’s appetite and this in turn could affect that child’s growth.

Children feel the pressure to go to Starbucks because all of their friends are going. Starbucks has become the new hang out spot for not only adults, but children as well. However, what children and their parents fail to realize is just how much damage those sweet drinks with names that have little to do with coffee can actually cause children. Starbucks has even recognized its key customer base as those that are 18 and under, children are their best customers. Starbucks is causing an unhealthy trend for children who started to drink coffee only because of the popularity of it and are continuing it due to habit.

One Response to "Starbucks Creates Unhealthy Trend for Children"