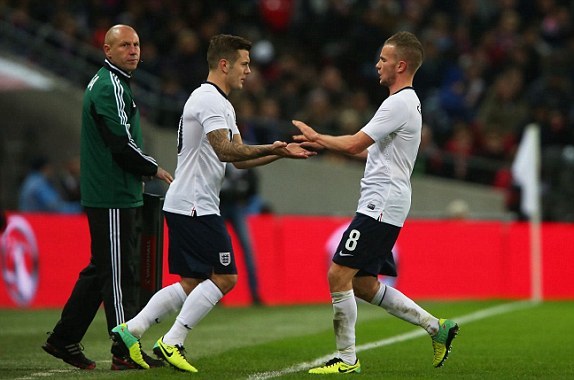 FIFA is considering adding a possible fourth substitution in extra time at the next FIFA World Cup in 2018, which is to be held in Russia. Gerard Houiller, who has managed Liverpool at club level and France on the National level, and who is a senior member of FIFA’s technical study group, which analyzes trends and tactics, has said that the idea of an extra substitute to be allowed in extra time should be re-submitted to the International Football Association Board (IFAB). This year at the 2014 FIFA World Cup in Brazil there have been 29 goals scored by a substitute, which is a new record over the 22 goals scored at the tournament in Germany 2002.

FIFA proposed the idea of having four substitutes for this 2014 FIFA World Cup two years ago, but failed to win the necessary 75 percent majority. The law was meant to limit the risk of injury in the later stages of the tournament, such as the knockout stages and finals. Houiller recently told reporters at a daily media briefing that he was in favor of the idea of a fourth substitute believing that it would assist in maintaining the games intensity and entertainment. The tournament this year has been deemed exceptional by many because of the number of goals scored, 154, and there are still eight games remaining. The record for goals scored was set in the FIFA World Cup 1998 in France with 171. That record is in jeopardy if the 2.75 goals per game average continues, taking this tournament’s tally to 176 goals.

The history of substitutions in association football began in 1958. At that time there was allowed one substitution for an injured goalkeeper and one other for an injured player. Previously if a player got injured the team played with a man down for the rest of the game. There were no tactical substitutions to try and influence the game like there are today. In 1988 the rule was amended to read that substitutes may be used under the jurisdiction of FIFA, its Confederations or National Associations in any official competition, and that a team is allowed to use two substitutes from a list of five possible players. In 1994 the rule was further extended to be the “2+1” rule, allowing for two regular substitutions and one extra one for an injured goalkeeper. Then finally in 1995 the rule was made to what it is now, three substitutions of any kind in an official competition, with the list of five possible players extending to seven in 1996.

The extension to a fourth substitution in extra time is a controversial one, and would allow coaches to use all three of their substitutions more freely in regular time, knowing that they would gain one more if the game were to extent into an extra time period. The rule is given even more importance since FIFA got rid of the golden goal rule, and now teams are required to play for a full 30 minutes if the match is tied after regular time. With substitutes affecting the game so frequently, nearly a quarter of the goals scored at this FIFA World Cup 2014 have been in the final 15 minutes when coaches often have two or three fresh players on the field, it seems likely that FIFA and the IFAB will have to seriously consider changing the rules. Even with FIFA’s notoriously conservative attitude, there is a strong likelihood that the consideration of a fourth substitute becoming available in extra time will be passed before the 2018 FIFA World Cup in Russia.