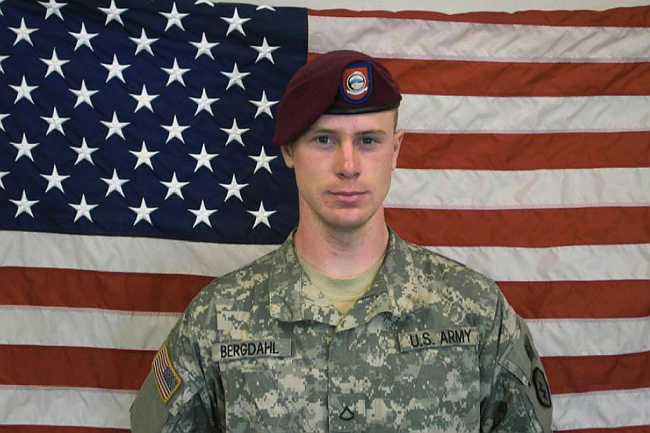 Staff Sgt. Bowe Bergdahl left captivity to be catapulted into an overgrown spotlight of controversy and reckless speculation in May of this year. What should have been a flood of relief to see the American POW return home was replaced with, oddly enough, outrage, mostly from the Right.

Angry tweets accused Obama of endangering U.S. soldiers by exchanging five prisoners from Guantanamo for Bergdahl. Twitter filled with frothing accusations against not only the President but the POW himself, as well as his family, who even received death threats. Bergdahl was a Taliban sympathizer, it was decided, and so was his family. Obama was anti-American too. Most devastating of all, Fox News declared that Bergdahl was a deserter, that his father was a Taliban sympathizer and that the family’s visiting the president was “inappropriate.”

Welcome home, Bergdahl. After enduring being a prisoner of the Taliban, forced to sit in a “metal box,” and forgetting how to speak his own language, he then came home to learn that some consider him the enemy along with his captors. After Bergdahl’s rescue his fellow platoon mates went on Fox to speak out against him. They still claim he is no hero, and are now in book and movie deals to prove it. They say Bergdahl mentioned wanting to disappear into the mountains and go to China, that he sent home some possessions (confirmed in the letter he wrote home), and he was learning the local language.

Bergdahl had gone missing in the past before returning to his unit, and a letter he wrote to his parents about the cruelty he had witnessed from his fellow soldiers against the people of the region showed he had become disillusioned, going so far as to say he was ashamed of being American. Bergdahl wrote about seeing soldiers “running their children down in the dirt streets” in armored trucks and laughing in the Afghanis’ faces.

There is also the fact that Bergdahl was a model soldier and this caused jealousy among some men in his unit. His initial good behavior contrasted with the rest of the unit to some degree. The unit “lacked discipline” and the first Sergeant was a yelling, cursing man with strange habits.

“The few good SGTs are getting out as soon as they can,” Bergdahl told his parents in his letter. One of the soldiers who served alongside Bergdahl, Josh Korder, spoke out against him. However, Korder was “other than” honorably discharged. After Bergdahl’s disappearance his platoon mates claimed they found a note that proved his desertion. No such note appeared in the classified file on Bergdahl.

Perhaps Bergdahl did desert his unit. It is not known what happened that day, as the investigation is still being conducted. An extension has been given, so the wait will be even longer. In the meantime, Bergdahl is on desk duty after extensive medical attention and debriefings.

To be fair, it is very possible that, overcome with grief or disgust, Bergdahl did leave willingly. He appears to have been without many options and felt morally opposed to his unit’s actions. But even if that turns out to be the case he has suffered extensively the past five years and his intentions thus far appear more noble than reckless or malevolent. He definitely does not fit the bill of a traitor, and the overblown controversy surrounding Bergdahl ignores the human elements to the story.

Yet from the way the commentators describe it, desertion is the worst possible thing for a soldier, and Bergdahl is a literal traitor in some eyes. The facts have escaped them, however, and their emotional response is just that. In World War II, 50,000 U.S. soldiers deserted, and in fact desertions are relatively common in wars. Rarely are American soldiers punished with the severity Bergdahl has demanded be administered to him. Some called for the death penalty, a traitor’s punishment. The last time a soldier was given the death penalty was 70 years ago, and that was mostly as an example. The last execution for desertion before that was 140 years ago. It just is not done.

90 percent of America’s deserters are not even tried. “Failure to adapt,” psychological issues, and other reasons explain why they walk off. Soldiers are held to such admirable or unrealistically high standards that when one, or as has been shown even thousands, act human with human weaknesses they become fodder for the outrage machine. Or at least this one did.

If Bergdahl is proved to be a deserter, the options are less dramatic than what the blood-thirsty crowd craves. He may simply be let go with honors, given the circumstances, or he may spend some time in prison. If he is given a dishonorable discharge, Bergdahl will lose his veteran’s benefits. Execution does not appear on the table, however, nor should it.

The case is not easy to discern, but the controversy, overblown and over-simplified, has robbed Bergdahl of his name and casts judgment before the facts. Real life in not like G.I. Joe, where the good guys and the bad guys are easily discernible and sorted out for the sake of convenience. Sometimes soldiers lose heart. Sometimes they see terrible things. Sometimes people with good intentions do desperate things. Should Bergdahl be found a deserter, Americans need to keep a calm head and whatever happens, let the man move on with his life.