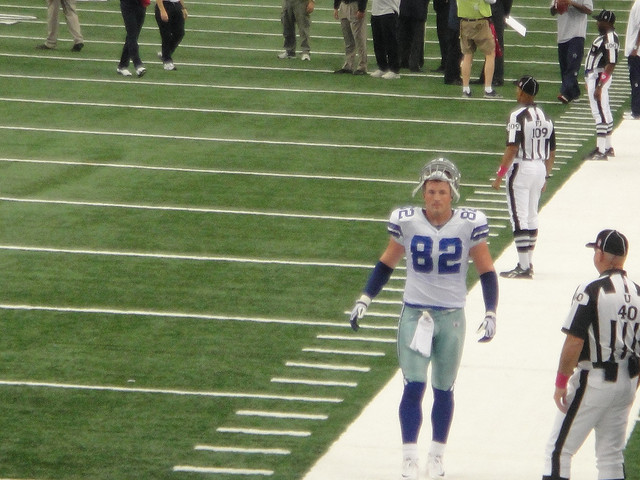 The Dallas Cowboys did something in week six that very few teams have been able to do. There have actually only been two teams to do it in the last three seasons. The Cowboys went into Seattle and walked away with a win.

Going into the week Murray had not rushed for less than 100 yards in a single game and the Seahawks had not allowed more than 62 rushing yards in a game. The latter of those streaks ended as Murray rushed for over 100 and the Hawks fell to the Cowboys 30-23.

With Murray’s big day he has now tied Jim Brown as the only running back in NFL history to run for over 100 yards in the first six games to start a season. The Seahawks lost their second game in three weeks. With the Arizona Cardinals getting a win against the Washington Redskins, the Seahawks fall out of first place.

After the game Seattle receiver Doug Baldwin was very upset, and did not hide his frustrations in a post game interview with KJR’s, Dave “Softy” Mauler, “What do you think? We are frustrated. The offense cannot move the ball!” Many thought Seattle would win easily, but the Cowboys walked away with a big win.

The Cowboys seemed to have found a new energy and moral after this game. After losing their first game, they have gone on to win five straight. Before Sunday’s match up against the defending Superbowl champions, many critics had attributed their wins to beating inferior teams. After a huge win in Seattle, it would be hard to doubt that the Cowboys are a real threat for the playoffs.

Sunday was only the second loss in Seattle since Russell Wilson has been a starter. Last year the Arizona Cardinals came in late in the season and defeated the Seahawks for their only home loss of the season.

After getting the huge win in Seattle, the Cowboys are back home to take on their division rival New York Giants. The Giants are on a surge as of late too. After starting the season with back to back losses, they have won three straight. Veteran quarterback Eli Manning has found a new groove, connecting with his most trusted target Victor Cruz. Rookie Odell Beckham Jr. started his first game in week five and made an immediate impact for the Giants.

0 Responses to "Cowboys Win in Seattle"