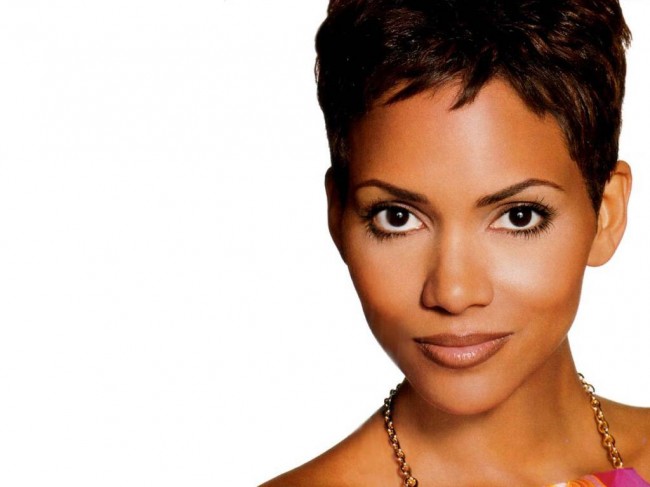 Halle Berry will launch her new Scandale Paris lingerie line at Target on Monday, October 27, just in time to help women get their sexy on for Halloween. Besides being a beautiful actress, Halle Berry is a very successful businesswoman, and when she saw the opportunity to get involved in the launch of a new lingerie line featuring comfortable and sexy-looking lingerie at economical prices that the average American woman can easily afford, she jumped at it.

Halle Berry, 48, who acted in the TV sci-fi series, Extant, over the summer, officially launched the Scandale Paris lingerie line on October 23, in New York City, but the brand will not be in Target stores nationwide until October 27. The next movie this much-acclaimed actress will appear in is called Kidnap. In it, she plays a mother who is searching for her kidnapped son.

The Scandale Paris brand of lingerie has been around in France for quite some time, since the 1930s. Halle Berry discovered the fashionable lingerie in Paris around five years ago. The actress is attempting to breathe new life into the brand, and she will be releasing what she is calling a “capsule collection” of lingerie items that can be bought individually or as a 10-item collection on Monday, October 27, 2014.

The set includes panties, demi bras and push-up bras. The cost of the items of lingerie run from seven dollars for a pair of panties to $16 to $18 for the push-up bras and demi bras, making the elegant lingerie collection affordable for most average American women.

In New York on October 23, Halle Berry was asked which piece in the capsule collection was her favorite. She responded that she did not have a favorite, as she hand-selected each item of lingerie and likes them all. She explained that the 10 she had selected for the collection were each her “favorites,” and that she believes “America will respond to,” these designs the most. According to People, astute businesswoman Halle Berry now co-owns the name of the brand, Scandale Paris.

The French expression “C’est un Scandale” which translate into English as “It’s scandalous,” is written on each item of the lingerie. It is Berry’s favorite French phrase, according to People.

Halle Berry is especially passionate about bras, stating that it is important to wear them “even to bed.” She is quite serious about this, remarking that she wears bras “around the clock.”

X-Men actress Halle Berry might one day soon become almost as well known for being a fashion designer as she is for her remarkable acting skills. With her Scandale Paris lingerie line launching across America on Monday, October 27, and around the world in 2015, she could very well become a fashion mogul. The budget line of elegant underwear will allow women to experience a sense of luxury while also not breaking the bank.