By Chanel van der Woodsen on November 18, 2014No Comment 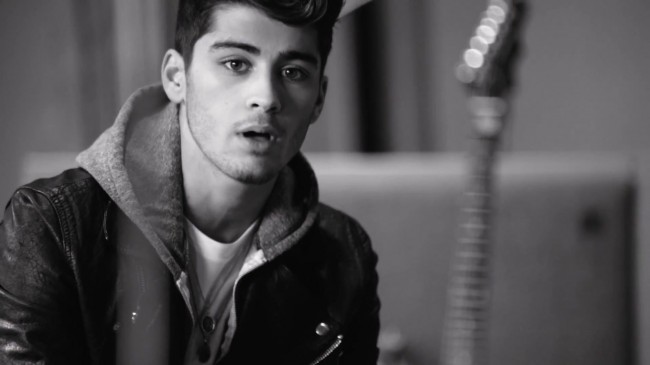 One Direction’s Zayn Malik is both hurt and offended by comments Matt Lauer made on this past Monday’s taping of The Today Show, in which he insinuated the boy band member may be addicted to drugs or alcohol. Malik feels as though these comments were incredibly disrespectful and out of line, and nowhere near close to the actual truth as to why he was not present at said taping with the other four boys.

The issue was first brought up when the group took their seats in order to start their interview promoting their newest album Four, which dropped just yesterday. Lauer made the comment that there were usually four of them, and raised the question as to where the Bradford Bad Boy was at that moment. 21-year-old Liam Payne was quick to give a response, telling both the host and surrounding fans that Malik was simply recovering from a rather bad stomach bug and therefore could not be present for the time being. When asked when he would be rejoining the rest of the group, Payne admitted that he did not know and that the boys were still waiting on a call regarding a status update on his health.

Lauer pressed the issue, going on to ask whether it was merely an illness that Malik was suffering from rather than something more serious. He references rumors surrounding possible substance abuse or alcohol addiction, speculation that began circulating the internet following pictures being posted of the 21-year-old’s alarmingly gaunt appearance at last week’s Royal Variety Performance. Showing up to the event without his signature hairstyle (choosing to opt for a Severus Snape-type hairstyle instead), and having seemingly lost a significant amount of weight, Directioners became incredibly alarmed. Many took to social media in order to express their concern and wish him well throughout whatever he may be going through, and to tweet the boys directly in order to get some kind of answer. Their worry for the singer’s well-being also lay with the fact that he was absent from the band’s acceptance speech for an 2014 MTV VMA, although one of his representatives gave a statement shortly thereafter backing up the illness claims.

Upon hearing Lauer’s suggestion that their bandmate may be struggling with addiction in some way, a shocked Payne responded that no such matter was the case, and that Malik really was simply ill and therefore could not make the trip from London in order to promote Four. The latter group member also included in his defense that he was extremely upset about having missed the launch interview for the album, and that he would have been there with the boys in an instant had his health been in any condition to travel so far. He goes on to state his view that Lauer’s commentary was incredibly unwarranted and did nothing more than stir the pot, even though everyone involved had already made it very clear that the only issue he was suffering was one of bad health.

It remains to be seen whether or not Matt Lauer will issue any kind of apology regarding his comments that One Direction’s Zayn Malik is possibly suffering from either drug or alcohol abuse. The Today Show host has yet to give any statement surrounding the boy band member’s statement of upset regarding the situation.