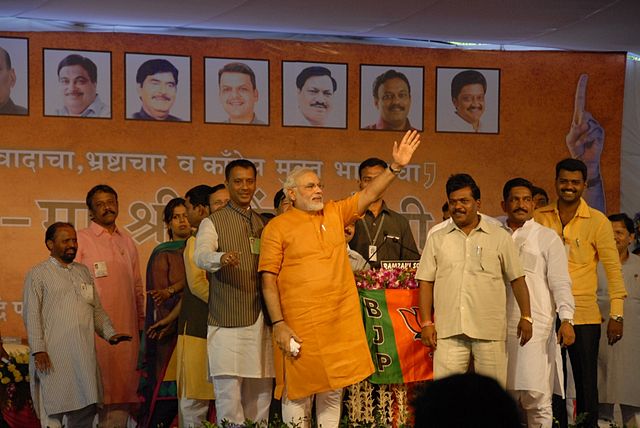 Indian Prime Minister Narendra Modi used his trip to the G20 summit in Canberra, Australia, to pitch India as a hub for skilled manpower and open to foreign investment. He signed a military agreement with Australian Prime Minister Tony Abbot that will bring about expanded cooperation on defense matters.

Under the accord, the two prime ministers will meet annually to discuss areas of mutual interest affecting the two countries. Their maritime forces will also have joint exercises. Other areas of cooperation include border control, counter terrorism, and cyber security.

Australia will also support India’s application to join the United Nations Security Council as a permanent member. Speaking to the media with Abbot by his side in Canberra, Australia, on Wednesday, Modi said collaboration on security and defence between the two countries will combat transnational crimes and terrorism.

Prior to addressing the media, Modi told Australia’s joint parliament that their country was centrally placed to play a role in India’s vision of prosperity. He said countries should be able co-exist by abiding to international laws even during times of disputes.

Modi told parliamentarians that India had more than 800 million people in their middle ages who were energized to work. He said India was ready to provide Australia with workers who have world-class skills. He asked Australian entrepreneurs to consider setting up manufacturing plants in India. Tony Abbot said he looked forward to continued collaboration in joint military exercises with India.

Narendra Modi continued with his sales pitch of India as an investment hub when he visited Fiji at the end of the summit. Following discussions with Fiji’s president Frank Bainimarama on Wednesday, he announced that the people from the Island would be granted visas on arrival in India.

Modi also said that his country will make available $75 million line of credit to build a co-generation power plant. The funds will also be used to upgrade the sugar industry as well as improve infrastructure in villages. Scholarships to students from the Island who want to study in India will be doubled. The Indian government will also fund building a library at the country’s parliamentary site.

Modi is the 15th president of India. The country is best known as home to Mahatma Gandhi, who championed the passive resistance movement during India’s struggle against the British colonial rule. It is also home to Jawaharlal Nehru, the country’s first prime minister who is known for insisting that India remain a nonaligned country.

India’s loss to China in the Sino-Indian war in 1962 made dissenters of the nonaligned philosophy press for the country to change its course towards economic pragmatism. The rise of east Asian countries as economic powerhouses also prompted the Indian leadership to consider shifting from a socialist-style economy championed by Nehru to pragmatic industrialization.

In 1991, the country found itself in an economic crisis when it could not balance its budget. This prompted the country’s leadership to come up with reforms geared towards opening up its economy. The reforms sparked sustained economic growth that has seen India make positive strides in engineering and technology. Today India is home to many technology-oriented companies.

India recently demonstrated its success in the space industry when it became the first Asian country to send a spacecraft into Mars’ orbit. The Master Orbiter Mission spacecraft settled in to space in September. Anil Bardwaj, a director of India’s Space Laboratory Research Organization (ISRO),said that the institution spent $74 million on the project, much less than the amount film makers spent on producing Gravity. India’s success in sending a spacecraft into space gives Narendra Modi an opportunity to pitch India not only as an investment hub, but as a country that is ready to invest in space exploration like other developed nations.