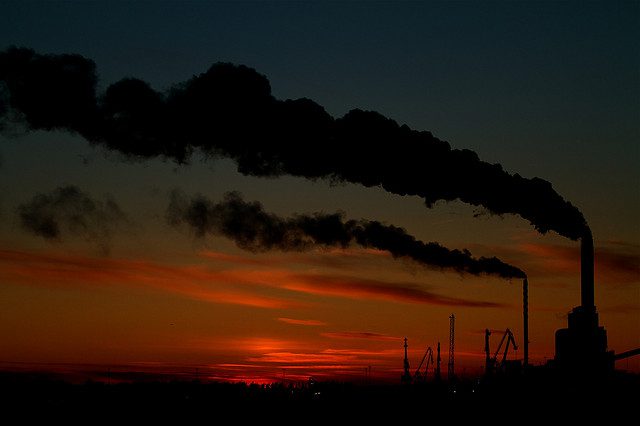 Geoengineering is an idea that has been around for decades to reverse climate change to be used as a last-ditch effort to save the Earth from increased levels of greenhouse gases. A two-volume report regarding efforts to reverse climate change came out on February 10th from the National Research Council. The report scrutinizes whether or not nations have the ability to battle global warming through the artificial modification of the Earth’s atmosphere, also known as geoengineering. The strategy involves eliminating carbon dioxide from the atmosphere or altering clouds and other atmospheric systems to reflect sunlight due to the depleted ozone layer.

Co-director of American University’s Forum for Climate Engineering Assessment, Simon Nicholson, stated though the idea of geoengineering may be possible, there is no existing technology that would serve as a substitute for a world-wide scale of carbon emissions reduction. Scientists and lawmakers have been contemplating this idea for over 50 years.

For the last few decades, artificial climate modification was considered a pseudoscience, reminiscent of a science fiction novel, not a credible study. In 2006, Paul Crutzen, a Nobel Prize-winning chemist, published an essay regarding this plan and proposed that geoengineering to be a possible “nuclear option,” thus rocketing him and the conversation about geoengineering and the technologies thereof, out of its comedic background and into the spotlight.

Suggested geoengineering technologies include fertilizing the oceans with an iron-like chemical to increase the capturing ability of carbon emissions from the air. Though, the National Research Council stated that carbon sequestration technology will take decades to manufacture. According to the study, albedo-modification, or cloud altering by spraying aerosol chemicals into the atmosphere to reflect sunlight, to decrease global temperatures poses misunderstood risks from its implementation.

Maria McNutt, editor-in-chief of Science, explained the fact that scientists are actually considering technological interventions like geoengineering is a wake-up call to human civilization that more needs to be done to holistically reduce carbon emissions. Though, the longer humanity waits to intervene, the more probable it will be that geoengineering and other methods of man-made climate modification will need to be implemented, such as carbon reduction.

The timing of this report could serve as an advantage to U.S. negotiators in Paris to lead a discussion on climate change agreements of participating nations. For decades, nations have continuously put climate change and the facts about global warming on the back burner, hoping scientists will have engineered the answer to the climate crisis by the time the 11th hour arrives. However, the report from the National Research Council seems to challenge such antiquated views.

President of the Natural Resources Defense Council, Rhea Suh, stated there is no alternative for eliminating global fossil fuel emissions in order to avoid a climate catastrophe. Though, it is logical to conduct further research in geoengineering because enhanced carbon pollution removal techniques could aid in the reduction of dangerous greenhouse gases and smog levels in metropolitan areas. Furthermore, risks regarding solar manipulation need to be understood before plans are implemented because they are not reversible. Suh also recommends that albedo-modification should not be an option at all due to its hazards.

Although scientists and policymakers are funding research for the artificial modification of the atmosphere to better suit the human way of life, that does not mean reduction of carbon emissions from the main sources of pollution can go unchecked. Nevertheless, if the human race needs to be saved from the increasing dangers brought on by climate change, geoengineering seems to be a promise.