Permaculture Creates an Oasis in the Middle East 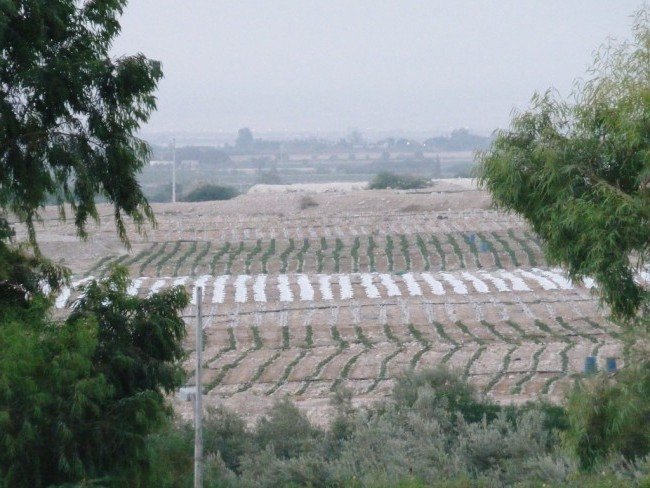 The Middle East is one of the most architecturally and archaeologically rich pieces of real estate on the planet. The region is wealthy with oil and gold and yet there is also immense poverty. Although it contains “The Fertile Crescent” – the very cradle of modern agriculture – it is a dry, harsh and unforgiving landscape. It truly takes a skilled and inspired worker, willing to educate the citizens of the desert in permaculture, to grow anything at all in the harsh soil.

One man has succeeded, even with inadequate funding and amid political turmoil, in making the desert bloom. His name is Geoff Lawton, and he has worked all over the planet, teaching people how to work with nature to provide an abundance of food in even the most inhospitable of climates through the use of a method of agriculture called permaculture. Permaculture is a subset of ecological engineering and design, environmental construction and design and integrated water resources management which creates a self-maintained and regenerative habitat and agricultural system modeled after natural ecosystems.

Lawton’s “Queen of the Desert Project” took place among the people of the Jordan Valley, which is located two kilometers from the Dead Sea. Although the proect has been revolutionary, it has not involved guns, rockets or IEDs. Lawton and his team took an almost completely flat, barren, and heavily-salted piece of ground and within three years, turned it into a lush, food-producing paradise.

In the first year, there were fig trees 3-feet-tall and bearing fruit as well as mushrooms, pomegranates, date palms and citrus; all grown using a fifth of the water that surrounding conventional farms were using. His work drew the interest of agricultural scientists at Jordan University, who tested the soils and found that the salt levels in the earth were actually decreasing. The scientists were concerned that the salt was being washed into the aquifer instead, but a double-check of the water meter confirmed that insufficient water had been used to allow this to happen. What was happening was that the salts were being locked into the organic soil matrix in an insoluble, colloidal form that was unavailable to plants.

Even years after the project was wrapped up due to a lack of funding, the earthworks that were the secret to its success (known as swales) were intact and still functioning. Despite a degree of mismanagement, the system was still operating adequately enough to provide a constant supply of food and livestock fodder to the local community.

Lawton and Permaculture Australia have since teamed up with Muslim Aid Australia to establish a new “Greening the Desert” research farm near the city of Jericho. The new project has matured to the point where it now provides food for humans and animals. More importantly, however, it is training people in permaculture methods. The group is traveling throughout the Middle East and all over the world, showing people who have nothing how they can set up a permanent farming system that will provide for all of their physical needs.

Permaculture Creates an Oasis in the Middle East added by Guineith on March 20, 2015
View all posts by Guineith →

3 Responses to "Permaculture Creates an Oasis in the Middle East"