The Failing Stigma and Treatment of Mental Illness 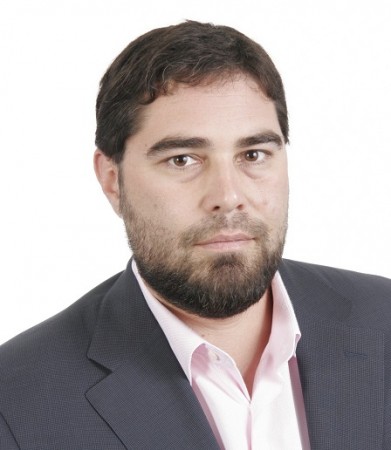 Unless everyone is missing something, it seems that the stigma of being declared mentally ill or mentally incompetent is rapidly turning into a nightmare. The most recent evidence, German wings flight 9525’s copilot’s ravenous and murderous behavior. Reports indicate he had torn up doctor reports that he was unfit to fly based on a psychosomatic illness concerning his eyes. His mental wellness is contingent on taking prescribed medications for depression prescribed by his doctor.

We have got to ask ourselves, what is wrong in the world when we have seen so much violence and lives lost as a result of untreated and avoided mental wellness issues? What is the stigma people look to avoid that turns into untreated symptoms resulting in mass chaos and destruction?

People suffering from mental health symptoms are often deemed as outcasts, following their reported and diagnosed symptoms to the extreme, while looking to persecute the people in the environment who they believe would not understand or scoff at the pain and suffering they are going through. And then there are the pills or medications that turn their minds into zombies.

Psychiatry has become a religion of sorts, providing the answer to all of our problems in a nice little pill with side effects so long it takes a speed talker speaking at a billion words a minute to list them all in one commercial. Who would want to take such a pill? And of course the irony of medication sets in as well, over time the patient begins to feel better so they come off their medication, but the main reason they felt better was because of the medication. At the same time, going on and off medication sends the neurochemicals into a frenzy and the patient and doctor have to begin all over again, adjusting and readjusting pills and dosages until the desired effect has taken place. Six months later, the process begins again. Getting the right dosage and pills for any particular person is a crap shoot; you would have better luck hitting a bull’s eye with a blind fold on.

Of course I am not necessarily talking about the average person who is prescribed Lexapro for stress or mild depression by their primary care physician. That’s the equivalent of taking a vitamin for your brain. I’m talking about the severe mentally ill, whose industry has been accepted and guided by the American Psychological Association (APA) and the insurance company you’re paying a hefty monthly premium to tell you how to live your life.

The APA has a book on this subject, it’s called The DSM, now in its fifth edition and used by doctors and psychiatrists the country over to label patients for the muddled up, messed up and screwed up way for which they think while offering no understanding of treatment other than a jagged little pill for the rest of their lives, confining patients to a prison of the mind. Our mental wellness as a person and as a society have got to come up with something that’s a whole ton better than these so-called experts of the trade. Unfortunately, it appears the power of original and creative thought has gone by the way side as a result of scientific research performed on rats in captivity.

So it seems we have come to a cross-road and are questioning the best way to treat matters of mental wellness. Let’s try this on for size; acceptance, understanding, and empathy. Most of my patients say the same thing day in and day out, it’s not the voices they hear that they are afraid of, it’s the stigma associated with the people around them that terrifies them the most. People suffering from severe mental illness want to be accepted, not ousted by society. They want to lead normal and productive lives just like the rest of us and they require a supportive environment to do so.

I am not saying to allow potential psychopaths to run amok in the streets while we sit around and coddle them to sleep every night, not at all. If a patient reports suicidal or homicidal thoughts, that person needs to be committed for prolonged care, or if a schizophrenic client hears voices that are telling them to hurt themselves or others, yes that person should be placed on medication, there are always exceptions. However, the majority of people suffering from severe mental illness do not exhibit such extreme hallucinations or delusions. It would be unfair to poke and prod at such people just because of the stigma associated with hearing voices or because it’s become the standard of care handed down by insurance and pharmaceutical companies as the best practice to treat any such symptomatology.

On another note, practitioners need to be held to a higher standard, specifically related to the greater good of society. Should a doctor, therapist or psychiatrist treat a person who they deem is unfit to carry on their job duties, it should be their responsibility to disclose such information on their own and not wait for the patient to self-disclose. Seriously, the doctor has a patient in their office they feel is unfit to work, who is a pilot in control of the care and safety of hundreds of people, and he/she leaves it up to the patent to disclose this information.

The regulation of HIPPA laws, which define patient confidentiality and the rights of both patient and doctor to disclose or even more, NOT to disclose personal information to anyone outside the doctor’s office, has placed society at risk for a hostile takeover. Our infamous co-pilot of flight 9525 was told to self-disclose his illness to his employer. As we all know that did not happen, assuming that this was due to the doctor’s inability to disclose this information as a result of “patient confidentiality,” designated by HIPPA, so the task fell upon the co-pilot to do so.

I believe it is time to rethink and make changes to laws, rules and regulations of HIPPA. Perhaps 150 people would still be with us. What do you think?

Paul Alleva is an owner of Lifescape Solutions and Let Your Soul Evolve. He is a philosopher, author, hypnotherapist and a spiritual guide.

One Response to "The Failing Stigma and Treatment of Mental Illness"