10 Shot and One Dead in Detroit Block Party Shooting 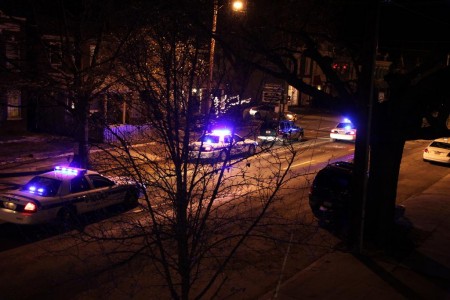 Ten individuals were shot and one victim died when an unknown assailant opened fire and injured bystanders at a block party on Saturday night at a basketball court in Detroit, Michigan. The basketball court where the shooting occurred was located at the corner of Webb and Dexter Streets on the city’s west side. At this time, police do not know the reason for the shooting and are still investigating.

At least three of the 10 victims who were shot were women. They were varying in age from 26 to 45. Police remarked that it was a miracle no children were injured as many were present during the shooting.

As of 10 p.m. CT Saturday, police were not releasing the identity of the person who was shot and killed during the rampage. Meanwhile, another victim, a 46-year-old man, is also in critical condition and two other men, 21 and 26- years-old, are in serious condition. Police are still trying to determine a motive for the shooting and witnesses at the block party were not being cooperative with authorities.

Despite their lack of information, police have speculated that one person may have been the actual target. The other people at the block party could have been innocent bystanders. According to police, one person was detained for questioning. However, no suspects are in custody.

Written and Edited By Leigh Haugh