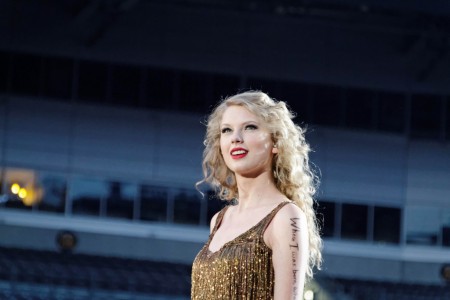 According to BBC News, Taylor Swift made Apple Music pay up for her album 1989. Apple Music is a new music subscription launching June 30. The singer wrote an open letter to the company after receiving and reading their plan not to pay the artist for the first three months of a subscriber’s free trial. Swift made Apple pay up only 24 hours after the singer refused to release her album.

Apple executive, Eddy Cue, tweeted Swift saying that the company heard her request and supports her, as well as other independent artists. Cue affectionately ended his tweet with “Love, Apple.” Swift expressed how disappointed she was in the Apple company as she knew that they had the funds to cover the cost over the three months free trial.

The new music subscription will cost patrons $9.99 for an individual and $14.99 for a family. Swift also pulled her album along with her entire catalogue of music from Spotify last November, as the singer says that streaming has diminished the number of album sales tremendously. Apple Music is said to pay the singer and other artists 70 percent of subscription revenue directly back to the owners of the music. Many artists are following suit as Swift made Apple pay up the cash. Hip-Hop mogul, Jay-Z, is launching his streaming network, Tidal, that, he says, is all about paying the artist.

One Response to "Taylor Swift Makes Apple Pay Up"