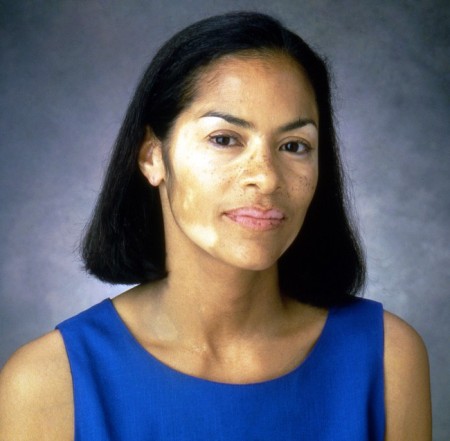 For millions of people who suffer from Vitiligo, a rare skin disorder, the potential for reversing the disease with a new unexpected medication brings much comfort. The medication which is usually given as treatment for Rheumatoid Arthritis has successfully reversed the loss of skin color for a woman stricken with the pigment disorder. Pop Icon Michael Jackson was also diagnosed with Vitiligo, which doctors considered to be a result of damage done to his skin tissues due to chemicals used for bleaching. However, bleaching of skin is not the only reported cause of Vitiligo. Although the exact origin of Vitiligo is not known, environmental effects, auto-immune, and genetics are some suspected causes of the skin disorder.

Vitiligo is characterized by the National Institute of Arthritis and Musculoskeletal and Skin Diseases (NIAMS) as a disease in which the cells, called melanocytes, that produce pigment or color in the skin, are dead. This causes white blotches, induced by loss of skin color, to appear on various parts of the body including the mucous membranes of the tissue inside the nose and mouth, and around the eyes. 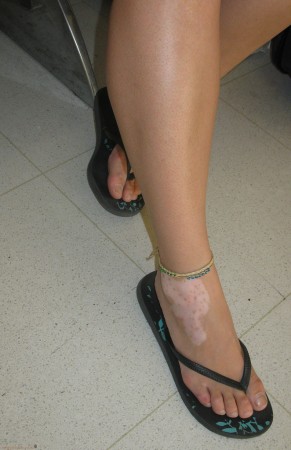 In simpler terms, the melanin in our skin determines the color of our eyes, skin, and hair. Vitiligo is a disorder which causes the cells that produce melanin to stop functioning or die. The rate and extent of the loss of skin color from Vitiligo is unpredictable, and the disorder can affect skin on any part of the body, including hair. Vitiligo is a comparatively rare skin disease and affects anywhere from 200,000 to three million people in the U.S. per year. With the new study showing promising results, the rare skin disorder of Vitiligo could be successfully reversed using the medication for Rheumatoid Arthritis, which is quite unexpected.

A study conducted at Yale School of Medicine, which is said to be the first of its kind, was published in the journal JAMA Dermatology. The study involved 53-year-old Linda Lachance of Connecticut. Lachance suffers from Vitiligo and had evident white spots on her face, hands, and body. Prior to the study, the number of white spots inflicting Lachance had been increasing for more than a year. During the study, researchers had her ingest the FDA-approved arthritis drug Tofacitinib citrate, to test the theory if the drug would treat her skin disorder.

After 60 days of taking the medication regularly, researchers noticed that the patient’s pigmentation on her hands, arms and face had started to improve. Following an additional three months on Tofacitinib citrate, the white patches on Lachance’s face and hands had practically disappeared, with just a few spots remaining on the rest of her body. Additionally, Lachance experienced no negative side effects from the medication while under treatment. The research team is now hopeful that the same regimen will perform as well on others who are affected by the disease, but they agree that additional research is needed. The news that the rare skin disorder of Vitiligo can be successfully reversed using this unexpected medication has given hope to millions of sufferers within the U.S. and around the world.