Russia Intervention in Syria Escalates Tension With the West 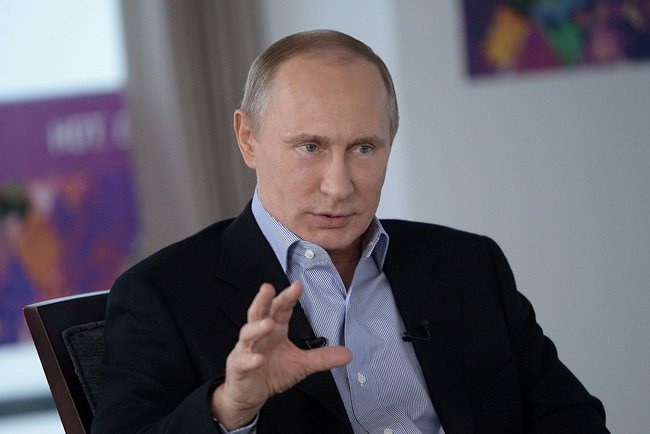 Russia is reported to have launched a series of airstrikes on Wednesday, Sept. 30, 2015, in Syria, escalating already strained relationships with the Western bloc. According to Reuters reports, the aggression has killed 33 civilians, including children in the rebel-held province of Homs. Although Moscow claims that the intervention was aimed at the Islamic State of Iraq and the Greater Syria (ISIS), the United States and other European countries strongly believe that this is another blatant effort by Russian President Vladimir Putin to prop his beleaguered ally, Bashar al-Assad. Political observers are of the view that Russia’s intervention in Syria will escalate tension with the West.

Russian’s intervention in the Syrian civil war has been a source of antagonism in the Middle East. It has arguably resulted in unprecedented numbers of refugees leaving Syria for European countries, especially Germany. More than 200,000 civilians have been killed with millions left in limbo as unwanted refugees in Europe. The claim by the Kremlin that the intervention is to counter terrorism has been frowned upon by Washington. The Obama-led administration raised alarm bells that the uncoordinated airstrikes by the Kremlin have impacted negatively on the civilians. They are of the view that the intervention in Syrian territory will continue to escalate tension between the Kremlin and the West.

Josh Earnest, the White House spokesman, said that the involvement of Moscow is “veiled assistance” at showing support for the Syrian regime. “They’ve made a significant military investment now they are propping Assad,” he told reporters at the United General Assembly on Sept. 28. Earnest also added that Moscow is concerned about losing control in the “one client state that they have in the Middle East.” The Kremlin has a naval base in the Syrian port of Tartus. The North Atlantic Treaty Organisation (NATO) has also voiced its concern at Russia’s intervention in Syria. General Philip Breedlove, the allied commander for Europe, said on Tuesday that Putin’s assistance in the war-torn country is a way to “legitimize their approach in Syria.”

Speaking at the sidelines of the U.N. Assembly in New York, German Foreign Minister Frank-Walter Steinmeier told reporters the Kremlin’s intervention in Syria remains a source of conflict. He said that Putin’s administration has fueled the four-year-old crisis by creating “further misunderstandings.” U.S. Defense Secretary Ash Carter said that Washington was to meet “as soon as possible” with their Russian counterparts to discuss the implications of uncoordinated airstrikes in the rebel-controlled province of Homs and Syrian city of Allepo. U.S. Secretary of State John Kerry also expressed “grave concerns” at Russian intervention, which Washington believes is not aimed at the militant group ISIS, but at supporting the Syrian regime.

President Putin is unmoved. Speaking at a news conference just after the U.N. General Assembly, Putin reiterated his stance in offering support to Assad’s administration. The Kremlin is of the view that the West has demonized its role in Syria. He maintains that Russia’s intervention in Syria should never escalate tension with the West if all have a goal to fight terrorism. Dmitry Peskov, a Russian government spokesman, in a statement, stressed that his country will continue offering military assistance to Syria like any other country, so as to counter rebels and militant extreme groups. “We are all fighting the evil ISIS and at the same time protecting our national interest as the Russian Federation. Our counterparts in the West should not continue escalating the tension by laying blame on us.”