By Cherese Jackson on December 9, 20157 Comments 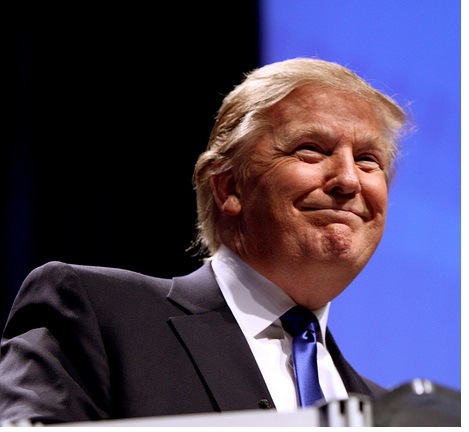 The newest act of Donald Trump supporters, Diamond and Silk, appear to be more of a comedy item than a solid support system for the 2016 presidential hopeful. Lynette “Diamond” Hardaway and sidekick Rochelle “Silk” Richardson,  known as the Stump for Trump Girls, are making waves online and gaining media attention with a host of YouTube videos and their personal video blog titled, We Be Sisters. These two black women from North Carolina have a down home, southern appeal, but many find it hard to believe they are serious.

Diamond and Silk are not just sisters by name, but the two women are true biological sisters who believe the country is in desperate need of change. They proudly boast of belief in Trump’s ability to back his slogan, Make America Great Again. The Stump for Trump Girls have faith in the former Celebrity Apprentice host’s non-traditional approach to awakening America from its “liberal intoxication.” According to the women’s website:

We have been stumbling around in a drunken stupor for much too long, allowing liberals to turn the ‘American Dream’ into an American Nightmare!

As a part of black America and the silent majority, Diamond and Silk have decided it is time to speak up and give voice to their shared opinions about political babble, media bias and repeated political tactics which the women feel many average Americans are tired of. True to Trump’s unorthodox style, the Stump for Trump Girls speak their minds 100 percent. On their YouTube channel titled, The Viewer’s View, heartfelt messages of support can be heard, void of traditional sound bites. The sisters believe anything less would be considered “an injustice to the supporters with whom their message resonates.”

The question remains, “Are these women true supporters or a paid comedy act?” The sisters have been celebrated in some sectors, but elsewhere have been called country bumpkins seeking a few minutes of fame. When viewing them in action it is hard to determine their level of authenticity, but Trump maintains that the support is real and voluntary. Their reason for unbridled support, as stated on the website, is as follows:

We here at ‘The Viewer’s View’ are a voice for the American people who are fed up with politicians who have lost touch with the best interests of the silent majority. Mr. Donald Trump is willing to ‘put his money where his mouth is’ to ‘Make America Great Again’; now that’s what we call character! What other candidates are coming to the table, losing millions of dollars just to make America great again?

Diamond and Silk’s newest campaign titled, Ditch and Switch Now is calling for Americans to leave the Democratic Party and join the Republican Party to help put Trump into the primaries. These African-American sisters stated they are tired of the Democratic Party holding Americans hostage by always aiming to be politically correct. Just like the Stump for Trump Girls, the Republican hopeful tells it like it is in a brash and often, irreverent manner.

Undoubtedly Trump’s biggest social media supporters, the women’s delivery comes off as a comedy act as opposed to a serious gateway of support. As if they were an act on Saturday Night Live the women recently challenged Fox News anchor, Megyn Kelly, demanding that she run comments about Trump through them. In the video they said:

Leave Donald Trump the hell alone; if you’ve got something to say, run it by us first!

With more than 15,000 YouTube subscribers, millions of video views and a host of online support, the Stump for Trump Girls have solidified their own mass following. There is no question on whether the dynamic duo, has received notoriety for their efforts to propel Trump toward the Oval Office; but are Diamond and Silk serious or an intentional comedy act?

Diamond and Silk, Stump for Trump, Trump, we be sisters